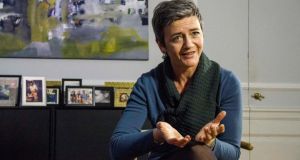 EU competition commissioner Margrethe Vestager: “We consider the Luxembourg leaks as market information. We will examine it and evaluate whether or not this will lead us to opening new cases.” Photographer: Freya Ingrid Morales/Bloomberg

Disney and Koch Industries, a US-based energy and chemical conglomerate, both created tangles of interlocking corporations in Luxembourg that may have helped them slash the taxes they pay in the United States and Europe, according to the documents obtained by the International Consortium of Investigative Journalists (ICIJ).

The body obtained the Disney and Koch tax documents as part of a trove of information that details big companies’ complex financial manoeuvers through subsidiaries in Luxembourg. It received the documents last month, soon after publishing an earlier set of leaked documents detailing the Luxembourg tax deals negotiated by FedEx, Pepsi, Ikea and 340 other globe-spanning companies.

Other companies appearing in the newest leaked files include Hong Kong-based conglomerate Hutchison Whampoa, private equity firm Warburg Pincus and internet phone giant Skype. One of the Skype files relates to a restructuring in which internet mega-marketer eBay sold a controlling stake in Skype to private investors. Skype, based in Luxembourg, is now a division of Microsoft.

The first set of Luxembourg tax deals, published by ICIJ and its media partners on November 5th, was arranged through the accounting giant PricewaterhouseCoopers. The latest set of documents reveals that the aggressive tax structures are being brokered not only by PwC but also by Luxembourg-based law and tax firms and the other “Big Four” accounting firms: Ernst & Young (now branded as EY), Deloitte and KPMG.

Since the first wave of stories was published by a team of more than 80 journalists around the world, ICIJ’s “Lux Leaks” investigation has sparked swift condemnation and calls for reform in Europe.

In the wake of the revelations, Jean-Claude Juncker, the new president of the European Commission, who was prime minister of Luxembourg while many of the controversial tax policies were enacted, survived a no-confidence vote in the European Parliament but saw his leadership questioned.

Mr Juncker has firmly maintained that his home country’s tax practices are legitimate but also admitted after the Lux Leaks publications that the system was “not always in line with fiscal fairness” and may have breached “ethical and moral standards”.

EY, KPMG, PwC and Deloitte all declined to answer detailed questions regarding the tax agreements and instead cited their global codes of conduct requiring that their employees comply with the law and behave ethically.

“EY professionals provide independent tax advice to clients in accordance with national and international law,” an EY spokesman said in a statement. “This includes advice on compliance with tax regulations in the territories in which they operate.”

The Disney and Koch files show that both companies, advised by EY, engineered complex restructurings that reordered the ownership of many subsidiaries and centralised them under Luxembourg companies that were all served by internal corporate banks. These lenders channeled hundreds of millions of dollars in profits through Luxembourg between 2009 and 2013 and paid little tax. In some years the two parent companies’ Luxembourg subsidiaries enjoyed tax rates of less than 1 per cent.

“Professional standards, as well as privacy laws, require that EY safeguards confidential client information. We take these obligations very seriously and are therefore unable to comment on individual cases,” the EY spokesman said.

It’s impossible to determine exactly how Disney’s and Koch Industries’ Luxembourg tax deals affected the companies’ US tax bills without seeing their confidential filings to the US internal revenue service (IRS).

Several experts consulted by ICIJ, however, said the Luxembourg subsidiaries could help both companies move profits outside the US to lower-tax jurisdictions.

Both sets of Lux Leaks files detail confidential tax rulings – also known as “advance tax agreements” or “comfort letters” – from Luxembourg officials that assure companies they will get an agreed treatment for their tax-saving manoeuvers. The newest leaked documents involve tax deals presented to Luxembourg authorities between 2003 and 2011.

Luxembourg’s tax deals are legal within its borders but may be subject to challenges if tax authorities in other countries view them as allowing companies to avoid paying their fair share of taxes to them. Under the US tax code, for example, the IRS may not allow a company to claim a tax benefit from a transaction if it “lacks economic substance or a business purpose.”

“Americans are sick and tired of big corporations arranging sweetheart deals with tax havens to dodge their US tax obligations,” said US senator Carl Levin, a Democrat serving Michigan, who has led investigations and held hearings into corporate tax avoidance, including by Apple and Caterpillar.

“It is unfair and unaffordable to let another year pass without eliminating the unjustified corporate tax giveaways that force everyone else to pick up the tab for government services,” he said.

The European Union has been investigating tax deals provided to companies that have established footholds in Ireland, the Netherlands and Luxembourg.

In the past 15 years Luxembourg has become a hub for some of the world’s largest brands – big companies attracted by rules that allow them to reduce the landlocked duchy’s corporate income tax rate of 29 per cent to little more than zero through financial manoeuvers blessed in advance by Luxembourg tax officials. Internal company banks are one way corporations shift profits to Luxembourg in the form of interest payments on intra-company loans. Another way is through royalty payments on intellectual property, which enjoy an 80 per cent tax exemption in Luxembourg.

A spokesman for Luxembourg’s finance ministry defended the tax ruling practice, saying it’s not unique to his country. Any problem stems from the interaction of tax regimes in multiple countries.

Such interplay “can currently lead to a significant reduction of a company’s tax or even no taxation at all.” While legal, its “legitimacy is put in doubt from an ethical point of view,” he said.

Disney and Koch may be benefiting from a loophole in the US tax code that allows them to tell the US government to ignore the existence of a multitude of subsidiaries and look only at the corporation’s foreign parent at tax time. The so-called check-the-box provision allows companies to bypass a rule that would normally require foreign subsidiaries to pay US taxes every time money flows from one subsidiary to another.

“We actually facilitate international tax avoidance with policies like check-the-box,” said Kimberly Clausing, an economics professor at Reed College in Portland, Oregon, who specialises in multinational corporate taxation. While such provisions are bad policy, she said, “it’s not really wrong for the firms to make use of them”.

In 2009, US president Barack Obama included check-the-box in a list of tax loopholes he wanted to eliminate. Documents prepared by his administration at the time claimed that getting rid of check-the-box would raise an additional $86 billion in 10 years in US taxes, the most of the more than 25 business tax proposals in the president’s plan.

Businesses mounted an aggressive lobbying campaign to protect their loophole and the proposal was dropped in less than a year.

The tactic is one of a handful of tax strategies US companies employ to move their profits to low-tax countries from the US, where the statutory corporate rate is 35 per cent.

Companies also use a strategy called cost-sharing, where they attribute some of the costs of developing new products to foreign subsidiaries, according to Stephen Shay, a professor of practice at Harvard Law School and a former international tax official at the US treasury. That way they can attribute the profits from those products, or the licensing of trademarks and patents, to the company outside the US.

The strategy ends up locking corporate profits outside the US, because companies have to finally pay the tax if they bring the cash home. That may be why Disney is leaving $377 million abroad.

According to Bloomberg, US companies in the S&P 500 have $1.95 trillion stashed overseas. They have lobbied for a temporary reduction in the corporate tax rate, or a so-called repatriation holiday.

Clausing estimates that companies shifting profits to low-tax countries rather than booking them where they are actually earned costs the US between $57 billion and $90 billion a year.

Clausing said, in discussing corporations in general and not Disney and Koch specifically: “There’s obviously a lot of lying going on, mischaracterisation of what’s really happening.”

Global accounting and tax advisory firms, including EY, are prime architects of the inventive profit-shifting strategies that allow multinational companies to cut taxes via the duchy and other low-tax jurisdictions.

The Big Four firms’ role in boosting international tax avoidance has come under increasing scrutiny over the past decade. KPMG, for example, paid $456 million as part of a deferred prosecution agreement with US authorities to settle charges that the firm had set up sham offshore shelters that allowed its clients to generate at least $11 billion in paper losses that cost the US treasury $2.5 billion.

Earlier this year, a US senate investigation found the PwC tax advisors used legal loopholes to help heavy equipment maker Caterpillar cut its US tax bill by $2.4 billion by shuffling paper profits from the US to Switzerland.

Both EY and PwC have been investing in their operations in Luxembourg. EY’s office in the duchy brought in $153 million in revenue in the year ended June 30th, led by growth in its tax business, and is planning to hire 350 new employees by June next year.

These investments may be at risk after the document leaks that have exposed how Luxembourg officials and global tax firms cooperate to help companies avoid paying the taxes in the countries where they truly operate.

The European Commission is already investigating the legality of tax rulings obtained by Amazon and Fiat in Luxembourg and by Apple and Starbucks in Ireland and the Netherlands. Luxembourg is expected to adopt changes that it says will make tax rulings more transparent. Under a proposed new law, corporate rulings would have to be approved by a commission rather than a single official.

Now the new EU competition commissioner, Margrethe Vestager, has said her team will review the tax rulings leaked to ICIJ.

“We consider the Luxembourg leaks as market information,” she said at a recent press conference. “We will examine it and evaluate whether or not this will lead us to opening new cases.”