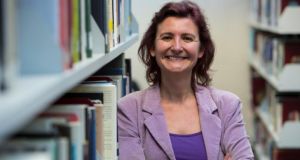 Wage moderation policies have proven to be counter-productive and have led to economic stagnation in Ireland and across Europe, a leading economist has claimed.

Speaking in Dublin on Friday, Ozlem Onaran, professor of workforce and economic development policy at the University of Greenwich in London, said policies that promote deregulated labour markets and which keep wages low, have delivered poor economic growth in Europe over the last three decades.

Appearing at the think-tank Tasc’s sixth annual conference in Cork Park in Dublin, she said these polices have led to a declining share of wages in national income and rising inequality.

Prof Onaran said the research shows that in Europe - including Ireland - falling wages has led to lower consumption because workers spend more as a proportion of their income compared to those who earn income from profit.”

“Wage moderation policies are counter-productive and lead to stagnation of economic growth. Keeping wages low also increases the risk of deflation and, in some countries, destabilises the economy by stimulating debt while in others it creates excessive reliance on exports,” she said.

“In all the countries we looked at - including Ireland - a fall in wages leads to lower consumption because workers spend more as a proportion of their income compared to those who earn income from profit. The data shows that a 1 per cent fall in the share of wages in the economy leads to 0.3 per cent fall in GDP across the EU 15 countries,” she added.

Prof Onaran told delegates that deflation was now a real and significant risk for the European economy and that increasing wages was one of the key ways in which to address the problem.

She also said EU Member States should act in a coordinated manner to increase wages so as to avoid ‘beggar thy neighbour policies.’

“Wage policy coordination among the EU member states would not only improve economic performance but would also help tackle unsustainable growth that is either driven by debt or by being overly reliant on exports. And while a higher wage policy can be implemented in a single country, the impact would be stronger if coordinated. It would also do away with the temptation for countered to engage in wage competition with one another,” she said.

Separately, Tasc policy analyst Cormac Stauton said Ireland has one of the highest rates of low pay in the EU and OECD and called for the minimum wage to be tracked against median earnings and the cost of living.

1 Berkshire Hathaway profits surge despite $10bn writedown
2 Financial ombudsman warns consumers of attempted scam
3 Facebook content moderator lodges High Court action
4 Chris Johns: Digital equality must be moved up the priority list
5 MSD buys Takeda biologics plant in Dunboyne
6 ‘Saudi Arabia is where the opportunities will happen in future’
7 Why the Covid-19 crisis may push up house prices
8 So you want to invest in the stock market: what will it cost?
9 Facebook agrees Irish wind-farm deal with Brookfield in Tipperary
10 Data centres will force State to choose between climate and investment
Real news has value SUBSCRIBE