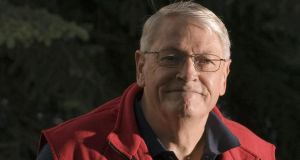 Liberty Media chairman John Malone is increasing his investments in Ireland, and he’s pretty relaxed about it even as the UK’s decision to exit the European Union threatens the country’s recovery.

Worth an estimated $7.9 billion (€7.2 billion), Mr Malone led a partnership that last month paid about €150 million for three hotels in Dublin. In all, Mr Malone reckons he has spent about $500 million (€450 million) in Ireland.

“In all honesty, I’m already pretty wealthy. I don’t really need my investments in Ireland to be home runs,” Malone said. “I think we’ll be fine no matter which way Brexit goes.”

Mr Malone, who traces his Irish roots back to the 1830s, is buying as hotels face their single biggest threat since the financial crisis – a Brexit-fuelled sterling decline. Since the UK vote to leave the EU, Ireland is no longer a cheap getaway for the Brits who have helped make Dublin the busiest hotel market in Europe outside London, by occupancy.

While Mr Malone said he’s “very much concerned” about Brexit, it could be that Dublin will benefit from Brexit.

“Brexit may well spur more economic activity in Ireland of an investment nature, while it may detract somewhat from the affordability for British tourists,” he said. “As an investor, you always scratch your head and say: ‘These things cut multiple ways.”’

The hotel sector is a microcosm of the Irish story, running from boom to bust and now boom again. Only London had a higher occupancy rate last year than Dublin, according to PwC, a stark contrast to the so-called zombie hotel era that followed the collapse of Ireland’s real-estate bubble in 2008.

During the nation’s Celtic Tiger boom, at least 200 hotels opened, leaving a glut of rooms and mountain of debt as visitor numbers dwindled.

In 2013, as Ireland worked its way through an international bailout, Mr Malone checked in, buying the Trinity Capital hotel in Dublin’s city centre. He now controls some of the city’s most exclusive hotels, and his strategy is paying off.

The economy has regained its title as the fastest-growing in the euro region and hotel occupancy in Dublin rose to 82 per cent last year from 67 per cent in 2010, according to a report prepared for the Irish tourism agency.

The largest private landowner in the US, Mr Malone added to his punt last month, buying the Spencer and Morgan hotels in central Dublin, just as threats to the economy multiply.

Exporters are already feeling the pain as Brexit drives down the value of sterling to a five-year low against the euro, while about 40 per cent of visitors to Ireland come from the UK. – (Bloomberg)

1 Coronavirus: Notion of a rapid economic recovery is at best wishful thinking
2 Nice to see you: Which is the best video calling option around?
3 Makhlouf running Central Bank from Greek lockdown
4 Coronavirus applies ‘handbrake’ to Irish property market
5 Covid-19 crisis puts value of the modern-day office into focus
6 Tara Mines to resume operations despite Covid-19 risk
7 US authorities scrutinise Zoom’s practices as app’s traffic surges
8 Mater hospital turns to robots to help in battle against Covid-19
9 Irish and European shares slide on Trump comments and dividend suspensions
10 NTMA to raise billions of euro for State in bond sale amid Covid-19
Real news has value SUBSCRIBE