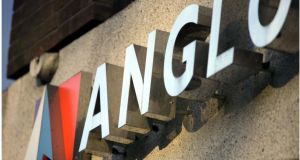 “The notion that an orderly and low-cost liquidation of Anglo could have happened in the Irish context just weeks after the collapse of Lehman is a fantasy.” Photograph: Bryan O’Brien

It is not often that a column narrowly confined to economic matters gets to discuss theatre. Colin Murphy’s dramatisation of the events surrounding the 2008 State guarantee of the Irish banks provides such an opportunity.

Guaranteed is a gripping production, giving you the very uncomfortable feeling of being trapped in a vivid nightmare from which you can’t waken. It has dramatic momentum and a nuanced script, which is extremely well researched. It captures very well the authorities’ unpreparedness for the crisis and the sense of panic as they faced bank runs and possible social unrest within hours as the evening of September 29th, 2008 progressed.

It was not only the performance that proved enlightening. During the post-performance discussion on Tuesday evening, Murphy commented that those he had spoken to who were involved in giving the guarantee did not regret their decision, but they were less than half-hearted in their willingness to make the case for their actions. This is depressing.

No hard landing
During the bubble, the too-wide consensus was that there would be no hard landing. Those who challenged that consensus were not only attacked, but frequently had their motives impugned – the questioners were unpatriotic and/or intent on “talking the economy down”.

We appear to have gone from one stifling and unchallengable consensus to another. Now, the groupthink view is that the guarantee was an avoidable disaster that cost every citizen a fortune. Challenging this consensus leaves one vulnerable to the accusation of being the bankers’ friend, or, worse still, the foreign bondholders’ friend. The consensus needs to be challenged nonetheless.

Anglo was in fact the most conservative of the banks in its funding, issuing relatively few bonds. Most of its funding was obtained in the old fashioned way – by attracting deposits, albeit by offering above-market interest rates.

As of September 30th, 2008 it had €71.9 billion on deposit, according to its annual report for that year. It has just €10 billion in senior bonds outstanding, which, as it happens, was roughly equal to the bank’s capital.


Lost everything
Had Anglo been liquidated there and then, the many people with their life savings in the bank would have lost everything over €100,000. So would the 11,000 non-retail account holders – companies, charities, universities, pension funds and credit unions – who had more than €30 billion on deposit in the bank. So would the other banks, which had €20 billion deposited.

There is of course a strong case – on the basis of justice and the principles of capitalism – that Anglo should have been allowed to fail. But consider the effects. Companies and not-for-profit organisations keeping cash on hand to make payroll would have been unable to transfer wages and salaries into employees. Many companies would have gone under having been rendered illiquid, insolvent or both by the loss of their cash. The direct contagion effect to other banks would have been immediate.

For an economy already in freefall owing to the collapse of the construction bubble, the direct impact would have been huge.

The collateral damage could have been as serious. With queues outside Anglo branches, an almost certain run on the others banks would have followed. The entire payments system would probably have broken down.


Fantasy
In short, the notion that an orderly and low-cost liquidation of Anglo could have happened in the Irish context just weeks after the collapse of Lehman is a fantasy.

Challenging the current consensus is necessary not just because the new groupthink view is wrong, but because its persistence allows the current government to deflect attention from its own failings.

In modern politics narrative is everything. A clear, concise and easily understood narrative is what all political parties strive for. The narrative that, on a single “fateful” night five years ago a decision was made which “cost us €64 billion” is among the most perfect examples of such a narrative because it is beautifully simple and because so many people are confused about financial/economic issues.

This was well illustrated well by the Sunday Times’s poll last weekend, which showed, among other things, that 60 per cent of respondents could not name one member of the troika that has been governing them for almost three years and that one in 12 people thought AIB was a member of the troika.

Challenging reductionist narratives is the role of artists and the media. It may be that Colin Murphy has done more than we in the media to challenge the reductionist guarantee narrative.