Ireland is third most globalised nation 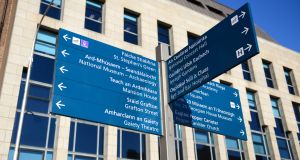 Ireland has been ranked the world’s third most globalised economy in terms of GDP, and the most globalised nation in the western world, according to a new index published by Ernst and Young.

The globalisation index, which was produced in collaboration with the Econmist Intelligence Unit, measures the integration of 60 countries within the world economy.

The index is measured by a country’s openness to trade, movement of capital, exchange of technology and ideas, labour movements, and cultural integration. Ireland came third behind Hong Kong and Singapore, but ahead of Switzerland, Sweden, Denmark, Belgium and the United Kingdom.

High internet penetration, widespread availability of broadband connections and high usage of personal computers all helped Hong Kong maintain its position as the most globalised economy for the third consecutive year. Hong Kong led in three of the five categories: exchange of technology and ideas, capital flow and cultural integration.

Ireland’s high ranking was attributed to “outstanding performances in the movement of capital and finance and in cultural integration.” Much of its improved score in comparison to 2011 was due to increases in FDI stocks and in portfolio capital flows by 30.6 per cent and 39 per cent of GDP respectively.

Despite having been hit hard by the recession, research confirms that Ireland is well placed to compete with larger economies worldwide, Mike McKerr, managing partner at Ernst & Young said.

“Globalisation continues to define our business landscape with increasing levels of cross-border trade, capital and labour integration. This is underpinned by the number of multinationals located within Ireland.”

The index found Ireland has attracted a disproportionate amount of high value FDI in the last decade; with goods export performance becoming heavily dependent on the export of medical and pharmaceutical products.

“This sector is dominated by mainly foreign-owned multinationals and with patents on several major drugs manufactured here due to expire, this could potentially take a toll on Ireland’s export pharmaceutical market.”

Globally, Ireland ranks sixth overall in terms of trade and first in openness and ease of trading. However, Ireland is down one position, from its ranking as the world’s second most globalised economy last year.

Ernst & Young predicts Ireland will maintain its overall ranking until at least 2015 due to continued projected growth in trade and capital. Since 1995 Ireland has remained within the top three globalised nations.

The Economist Intelligence Unit surveyed 750 business executives for the index in November 2012.