The sandwich, says the report, is a device ‘popularly associated with Google’ 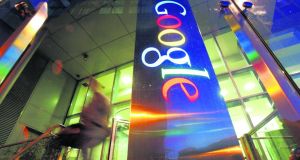 The latest IMF Fiscal Monitor Report draws attention to what it calls the “broken” international taxation framework and, in the course of its review of the topic, has a box outlining the “tricks of the trade” used by multinationals to avoid paying the level of tax that most governments would like to see them pay.

Among the tricks cited, the so-called “Double Irish Dutch Sandwich” tops the menu.

The sandwich, says the report, is a device “popularly associated with Google”, before going on to paint a picture of a US multinational that has sales in the UK, which are made from Ireland and then, by way of the sandwich, moving the profits onwards from Ireland to a “still-lower-tax jurisdiction”. (In the case of Google, the jurisdiction is Bermuda, which has no corporation tax at all.)

In order to stop the US authorities deciding to tax the offshore company, (which would hold patent rights licensed to the Irish subsidiary), a second subsidiary (X) is created in Ireland.

The profits flow from the first to the second Irish subsidiary, but in order to get the money to the offshore location without encountering a withholding tax, a conduit company is set up in the Netherlands.

While the amount being lost to the US exchequer by way of multinational tax avoidance may be as high as $60 billion each year, according to the report, in the case of some developing countries, the sums lost can be as high as 20 per cent of all tax revenue.

The report says that the chance to review international tax architecture seems to come about once a century and that the fundamental issues to be confronted “should not be ducked”.