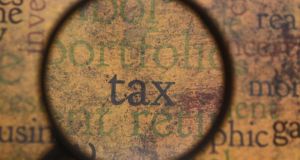 By any standards, including comparing ourselves to our major trading partners and competitors, these tax rates are high and kick in at low levels of income.

We are often told that Ireland is a “low-tax” country. Tax tables published with the main budget documents provide a revealing insight into the current state of our income tax system. Some pundits complain that high earners, often self-employed, people pay too little tax.

For example, Seán Healy of Social Justice Ireland recently proposed that high earners be taxed, all in, at 45 per cent of their total income. According to the Government data published yesterday, a single self-employed person on €120,000 will be handing over 44.8 per cent of his or her income to the State both this year and next. Married couples at this income level fare slightly better: 41.2 per cent in total income taxes.

For the PAYE worker, the numbers are now similar to the self-employed sector: that’s a mark of the success the authorities have had in limiting tax breaks. At €100,000 a year, a single PAYE worker hands over 41 per cent of his income. This rises to 46 per cent as income gets to €175,000.

By any standards, including comparing ourselves to our major trading partners and competitors, these rates are high and kick in at low levels of income. At the other end of the scale, nearly 40 per cent of workers pay no tax at all.

The numbers support other studies from the OECD and ESRI that conclude that the Irish tax system is very progressive, hits high earners very hard and has relatively low (or no) taxes on average incomes.

When we add in all of the other taxes, high earners are potentially handing over 60 per cent or more of their income to the tax man. That’s an average, all-in, rate of tax, not a marginal rate. This raises a number of interesting questions. Anyone who thinks taxes should be raised needs to explain what definitions of equity and fairness they are using and why higher taxes could improve our economic circumstances.