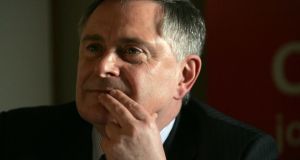 Here’s something the Government should soon do which would benefit every citizen: give powers to the Irish Fiscal Advisory Council to cost the manifestos of all parties in the coming election. This is not in the council’s purview right now so a small dose of legislation would be required. Yet the case for action is compelling.

The basic aim would be to provide a neutral forum for independent analysis of each party’s core fiscal proposals. Politicians being politicians, a multitude of promises will be made and rivals will denounce the plans of others. That’s in the very nature of election campaigning.

After the horrors of the crash and titanic costs borne by taxpayers, the very least the people deserve is honest, transparent debate as to policies’ likely cost and fiscal impact. This should be narrow in scope. The objective is not to have the fiscal council say one policy is better than another.

The earthquake of 2008 and its catastrophic aftershocks presented the most profound challenge to the State since the second World War. Though the disruption was greatly magnified by external forces, the debacle had its roots here at home. Note too that this was but the latest in a line of recessionary crises to beset Ireland over decades.

The last election was fought in the searing glare of existential danger. The situation has now improved, although the election due in the next year stands as another big test. For the avoidance of past error and to ensure the recovery continues, realistic and objective costing by a trusted agency of major policy initiatives could be crucial. This would provide a fact-based antidote to rhetorical screech of claim and counter-claim and partial “costings” based on replies to parliamentary questions.

Indeed, such an exercise could help switch the focus from rhetoric to reality. It would be designed to reinforce the credibility of well-cast proposals and expose laxity in weak proposals, regardless of political origin. This would aid debate, uninspiring as it often is and enfeebled by circular argument.

True enough, Minister for Public Expenditure Brendan Howlin already seems to be talking of a new office for budgetary statistics to examine Opposition and lobby group proposals at budget time. But why set up a new institution?

In one form or another, the fiscal council has been around since 2011. In that time the body never avoided upbraiding the Government, often to great displeasure on Merrion Street. So the council’s independence has already been demonstrated, meaning it cannot be accused by Opposition parties of being a Government toady. Still, the analysis of election manifestos is not in its mandate.

But it would hardly be the most complex or expensive thing in the world to change the mandate and provide the requisite resources.

There is a precedent. In eight general elections since 1986, the fiscal council’s Dutch counterpart – the Netherlands Bureau for Economic Policy Analysis – has provided a pre-poll assessment of the economic effects of manifesto proposals for any party which submits a plan. “In particular in times of financial crisis and unsustainable public finance, evaluation of election platforms can serve as a disciplining device for unrealistic or inconsistent promises by politicians,” says a paper by officials in the Dutch body.

The Institute for Fiscal Studies think- tank in Britain has carried out similar work since the 1997 election. But moves last year to formally pass that duty to the Office for Budget Responsibility (OBR) – the fiscal council’s London equivalent – ran aground. OBR chairman Robert Chote said then that the work should be guided by the principles of even-handedness, clarity, confidentiality and transparency.

That seems like a good starting point for debate here. To be serious about the endeavour, it would be far better to establish it in law than to carry out ad hoc assessments.