Business Opinion: German plan is so good it makes it difficult for us to plan long-term 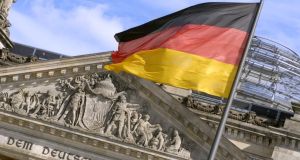 The Germans love plans. It’s their strength and their weakness. Or at least that is the stereotype, and like most stereotypes it has at least a grain of truth in it.

No surprise then to hear that the German Bundestag finance committee, which visited Ireland a few weeks ago, was troubled to find that we appear to have no long-term plan for economic growth over and above giving tax breaks to multinationals to invest here.

In reality, the only thing that is surprising here is that the committee chairman, Green MP Gerhard Schick, and his colleagues, thought we might actually have some sort of plan.

This is not because we are living down to our national stereotype of charming but feckless chancers – although there is a grain of truth in this as well.The reason we don’t have a plan is because the German plan is so good and so effective that it makes it pretty much impossible for us to have a plan.

This, one suspects, is actually all part of the plan, which I can’t help calling the German Economic Master Plan (Gemp for short).

Schick is obviously a bit more clear-eyed about Ireland than we are ourselves. By the same token, we can offer a perspective on Germany that perhaps is not apparent to him, and it can in turn explain why long-term planning is neither possible nor perhaps not desirable for Ireland.

It can proceed on the basis that very little will happen in Europe that will threaten the Gemp, which is based on exporting high-value goods and services across the euro zone and beyond.

If the Gemp needs low interest rates the ECB lowers them – not because Germany tells it to, but because it is the correct thing the euro zone economy. Even if smaller countries need higher rates – as was the case with Ireland in the mid-noughties – the Gemp’s requirements come first.

Likewise Germany can plan, safe in the knowledge that any EU economic initiative needs its support and thus must either be good for the Gemp or at least not bad for it.

It must also be compatible with the economic thinking behind the Gemp and the social contract by which many Germans accept a relatively lower standard of living than some other European citizens in return for economic security.

As a result the Gemp works and has been a huge success for Germany. Not so for the rest of Europe. Arguably, the Gemp prolonged the euro-zone crisis because it ruled out the pooling of losses between strong and weak member states, which was and is the only possible solution. Five years on, Germany is still dragging its heels.

Closer to home, one of the issues the German politicians raised in their report of their visit was shadow banking, by which they meant unregulated – or lightly regulated – financial services businesses operating in Europe out of Dublin. It is one of a few areas in which Ireland is globally competitive and it is relatively low-risk, as the Irish taxpayer does not pick up the bill if things go wrong.

Schick seems worried that the German taxpayer might be exposed – as was the case with Depfa. This is not part of the Gemp, and the solution – according to Schick – is tighter regulation in Ireland, which will see these business decamp with the loss of Irish jobs.

This is clearly not part of the Irish master plan, even if we had one, but if it becomes part of the Gemp, there will be a few empty office blocks in the IFSC.

And this is the point. As long as the Gemp involves Germany pursuing its own economic interests regardless of the interests of its fellow euro-zone members – particularly the small members – what is the point of countries like Ireland having elaborate economic plans that will be brushed aside by the Gemp.

Absent a decision by Mercedes to move a factory or two from the Ruhr to Athlone, our current opportunistic approach makes lot of sense.

5 Kenmare hotel will not be ‘at your service’ until June, says John Brennan