Brussels expected to shift focus from austerity to structural reforms 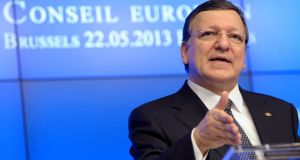 The European Commission will further shift the EU’s policy focus from austerity to structural reforms to revive growth when it presents economic recommendations for each member state today, officials said.

In its annual assessment as guardian of the EU’s budget rules, the Commission will say that while fiscal consolidation should continue, its pace can be slower now that a degree of investor confidence in the euro has been restored.

Because highly indebted governments cannot afford to kickstart growth through public spending, they must reform the way their economies are run - by making labour markets more flexible or by opening up product and services markets.

“The main message will be that the emphasis is shifting to structural reforms from austerity,” one senior EU official said.

The recommendations, once approved by EU leaders at a summit in late June, will become binding and are expected to influence how national budgets are drafted for 2014 and onwards.

The 17 countries that share the euro will have halved the pace of budget consolidation in 2013 compared to 2012, as the overall budget deficit of the euro zone fell by 1.5 per cent of GDP in 2012 but will only shrink a further 0.75 per cent this year, the European Commission forecast this month.

The Commission has already indicated that it will give France, the euro zone’s second biggest economy, and Spain, the fourth largest, two extra years to bring their budget deficits below the EU ceiling of 3 per cent of GDP, and other countries are also expected to get a year’s extension.

But in exchange, both France and Spain will have to commit to broad structural and labour-market reforms intended to make their economies more competitive and help create jobs.

Those prescriptions are likely to sit uncomfortably with unions. “Even more important for France (than fiscal consolidation) is that France will put renewed, strong emphasis on the labour market, the pension system, on opening up of closed professions and service markets,” EU Economic and Monetary Affairs Commissioner Olli Rehn said earlier this month.

“France badly needs to unblock its growth potential and create jobs and this is at least as important as continuing with fiscal consolidation,” he said.

French unemployment is above 10 per cent of the workforce and set to grow. In Spain it is 27 per cent, with more than half of young people without jobs. Spain’s rate is more than double the euro zone average of 12 per cent.

The Commission is likely to ask France to tackle its rigid labour code which makes it very difficult to fire someone on a permanent contract, making employers reluctant to hire.

Also the minimum wage in France, which at €1,430 a month is among the highest in Europe, hinders employment and makes French products less competitive globally.

France should also open up closed professions like taxi drivers, notaries and more generally legal professions and the health sector, allow competition into railways and into electricity, where state-owned EDF has 85 per cent both in the production and retail markets.

Slovenia, the Netherlands, Portugal and Poland are also likely to get more time to bring down their budget gaps. Italy also is likely to see the end of EU disciplinary budget action on Wednesday and Hungary is another candidate.