EU budget fraud ‘may be in the billions’

Report suggests real size of problem may be around €5 billion 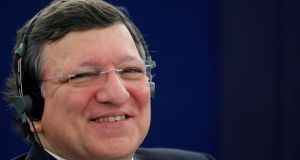 The scale of fraud against the EU budget is likely to be in the billions rather than millions and at least 12 times greater than the amount acknowledged by the European Commission, a British House of Lords report has claimed.

At the end of an inquiry into anti-fraud efforts it says the €404 million cited in the most recent EU audit gives “only a glimpse” of the real size of the problem.

And it slams EU governments — who administer 80 per cent of EU budget funds — for making the Commission’s job harder by being reluctant to admit the level of fraud to Brussels.

The real size of EU budget losses annually is likely to be around€5 billion “or even more”, according to The Fight Against Fraud On The EU’s Finances published by the Lords’ Justice, Institutions and Consumer Protection EU Sub-Committee.

Committee chairman Lord Bowness commented: “Money is tight for everyone, right across the European Union. “It is extremely worrying that so much money is disappearing from the EU’s budget without anyone really having a handle on where and why it is happening and — most importantly — who is responsible.” “That we have no control over how other member states organise their affairs is a given, but what we can — and are failing — to do, is to monitor what is happening on our own doorstep.” He said the committee was “alarmed” by the lack of government engagement or “seemingly”, interest in, a huge problem of EU budget fraud in the UK.

The report said the EU Commission and member states were obliged by EU law to combat fraud against the EU budget but the onus fell mainly on member states who administered 80 per cent of the total.

1 Provisional liquidator appointed to Dublin engineering firm
2 How can I view my dead brother’s will if I’m not the executor?
3 Kerry’s Chinese sales set for 30% hit from coronavirus
4 Bank of Ireland staff in line for 2.95% pay increase
5 Bursting of Tesla bubble a case of ‘not if, but when’
6 US reiterates opposition to Huawei equipment being used for Irish 5G
7 Finance Ireland plans stock market flotation in May
8 Must you pay a price for ethical investment?
9 HSBC to slash 35,000 staff in dramatic overhaul
10 Flutter’s planned merger with Stars gets informal approval in Australia
Real news has value SUBSCRIBE