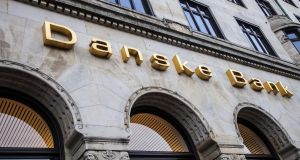 Danske Bank: “The main political parties are committed to the reform process and with the improvement in growth, lower unemployment and healthier banks, the possible volatility should be short-lived.” Photograph: Freya Ingrid Morales/Bloomberg

Analysts at Danske Bank have warned of a “short-term” rise in Irish borrowing costs – as well as the postponement of a possible credit rating upgrade by Moody’s – if the general election produces an uncertain result.

In a note yesterday on the election, Danske said there was potential for a “muddled” parliament in its wake.

“This could give rise to some short-term volatility in Irish government bonds given the market reactions seen in Portugal and Spain,” Danske said.

“However, Irish economic fundamentals are still very strong, as we again expect Ireland to be the top performer in terms of growth in the euro area.

“The main political parties are committed to the reform process and with the improvement in growth, lower unemployment and healthier banks, the possible volatility should be short-lived.”

Given the market reaction to the outcome of the Portuguese and Spanish elections, it said any political uncertainty would be likely to have a negative impact on Irish government bonds.

“The upcoming election in Ireland could produce a similar result, as the coalition government between Fine Gael and Labour looks set to lose its absolute majority” in the in the Dáil, it said.

“However, according to the recent polls, the main opposition parties (Fianna Fáil and Sinn Féin) are not expected to have a majority either; thus, the various independent parties could become very important in forming a new government.”

Citing opinion polls, Danske said the re-election of the Fine Gael/Labour coalition appeared to be far from certain and, added that the new government was likely to lose its majority.

“This is seen to be due to a number of factors. First, the recovery is mainly in Dublin and many people in the rural parts of Ireland have not seen the positive effects of the economic recovery yet,” Danske said.

“Second, the austerity measures implemented by the government have alienated a large share of voters.

“Finally, the introduction of the residential water charge and that of the Irish Water agency, as well as the state of the health system, are all seen as negative for the government.”