Cross-Border tax competition to heat up 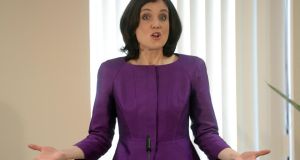 Draft laws to cut the corporate tax rate in the North raise the prospect of tougher competition for foreign investment within Ireland and with Britain.

The British government’s move sets a precedent which could yet be replicated for Scotland, deepening Britain’s challenge to Ireland’s commanding lead in the race for multinational jobs.

True, chief secretary to the treasury Danny Alexander insisted the case for granting corporation tax-setting powers to the North “is unique” within the UK. Yet there is no denying Edinburgh’s clamour in the wake of the unsuccessful independence referendum to take more and more power from London.

The new Northern Ireland rate might not be introduced until April 2017, but rivalry across the Border for major projects is still set to intensify. There is no avoiding that, even if the initiative has been welcomed in Dublin as a boost to the all-island economy.

This aspiration is a noble one, for sure. But each part of the island will battle for itself whenever it comes to competition to woo projects to one side of the Border or the other.

For all that, there is no great anxiety in Dublin about the initiative. The fact remains that the Republic’s investment regime is much more developed than Stormont’s, something which provides IDA Ireland with an entrenched advantage over its rivals in Invest NI.

However, the move means the Northern authorities will be able to cut the relevant tax rate from 21 per cent right now to match the 12.5 per cent rate which prevails in the Republic.

This is undoubtedly advantageous and will add to the cost benefits offered in the North, where wages tend to be lower than in the Republic. It follows that the combination of these factors will provide a definite opportunity for Invest NI to build up its industrial base, strengthening its claim for cost-sensitive manufacturing projects and the like.

All in all, this speedy dividend from the Stormont House Agreement just before Christmas is no small thing. Assuming the Northern parties uphold their side of the bargain vis-à-vis welfare reforms and the 2015-16 budget, the legislation could be enacted before the general election in May.

That would be an important step forward for the North, even if the likelihood of a referendum on Britain’s European involvement casts doubt over its long-term membership of the EU. A British exit would present huge challenges for Dublin.

But the fractious, unpredictable debate in London still presents something of the opportunity for IDA Ireland. Global investors in the Republic of Ireland can be assured of a smooth route into Europe, which is not a certainty in the British situation right now.