The most affordable county for first-time buyers is Co Roscommon, study shows 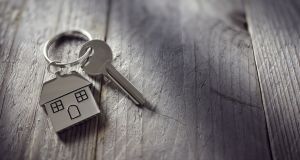 Single first-time buyers with average annual earnings of about €55,000 need to spend 31.4 per cent of net income on mortgage repayments

First-time buyers need to spend over a fifth of their combined after-tax income to pay the mortgage on a home, according to a new estimate.

The EBS DKM housing affordability index reveals working couples that are each earning on average €36,000 a year, need almost 21 per cent of their joint income for repayments on their first property.

Unsurprisingly, the index shows there are considerable differences in affordability depending on location, with first-time buyers in Dun Laoghaire-Rathdown needing almost 34 per cent of after-tax income to pay the mortgage.

Single first-time buyers earning average annual earnings of around €55,000 need to spend 31.4 per cent of net income on repayments.

The average first-time buyer property price nationally was €232,552 in August implying a mortgage of €195,344, assuming an average 84 per cent loan to value (LTV) ratio. The average price in Dublin however, was estimated at €314,303.

Outside of the capital, the least affordable counties are Wicklow, where mortgage repayments account for 26 per cent of after-tax income, followed by Kildare (22 per cent) and Meath (21 per cent).

The most affordable county is Roscommon, with an average price of €73,000, where it takes just 7.4 per cent of a couple’s after-tax income to fund a mortgage.