Catholic and Protestant workforce in North at 50:50 for first time 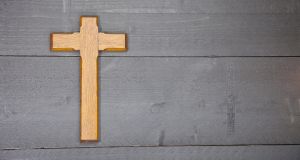 Religion, most people would agree, has nothing to do with your ability to do your job properly. Everything being fair, nobody should care which church, if any, you go to or what school you went to as long as you turn up to work and do exactly what is required of you.

But a new report that examines the religious composition of Northern Ireland’s workforce reveals a dramatic development that is at least worthy of comment. Latest figures show that, for the first time, there was an even split in the religious background of the workforce in full-time employment in the North in 2014.

In a definite break with tradition, the working population was estimated to comprise 50 per cent from the Protestant community and 50 per cent with a Catholic background.

Given Northern Ireland’s unhappy history in relation to religious backgrounds and job opportunities, the figures are a very positive development for the economy in general.

The latest Labour Force Survey religion report – which looks at working age, economic activity and inactivity of people – shows how the composition of the workforce has changed in the 22 years up to 2014.

In 1992, 70 per cent of all working age Protestants were in employment compared to 54 per cent of working age Catholics: fast forward 22 years and these rates had moved to 67 per cent and 66 per cent.

Historically, the Catholic community experienced higher levels of economic inactivity and unemployment in the North. The Catholic community also held relatively fewer senior positions in the workplace. This has been attributed to a number of different factors including “social, geographical and historical influences”.

Fair employment legislation requires public bodies to promote “equality of opportunity” today between people on a number of grounds, including religion, and the Equality Commission also monitors all private sector firms with more than 10 employees.

While the economic activity rates of those of working age remained higher in 2014 for Protestant than Catholic, the gap has closed dramatically.

Yet when the figures are examined more closely, there are also some disparities in the workforce among those aged 25-34 years of age.

Another aspect that the report covers is the religious composition of nine major occupational groups and the numbers of self-employed.

On a general basis, the latest statistics show workers from the Protestant community still accounted for a “larger proportion” of those in managerial, director and senior official roles. They also held slightly more jobs in skilled trade occupations and “elementary” occupations. This compared to workers from the Catholic communities, who were more like to be employed in professional occupations.

According to the report, the sector with the highest proportion of workers from a Protestant background was agriculture, forestry and fishing, while a significant number of Catholics were employed in the construction, finance and insurance, education and health and social work sectors.

The report also looks at who earns more and the answer, reassuringly, shows there is little difference. In 2014, the median hourly wage rate for working age Protestants was £9.23 while Catholics earned £9.63.