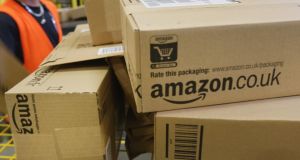 Amazon is the latest US multinational to be drawn into a multi-pronged clampdown on sweetheart tax deals that has already ensnared Apple in Ireland and Starbucks in the Netherlands. (Photograph: Sean Gallup/Getty Images)

Brussels is confronting Luxembourg over an unorthodox Amazon tax deal, alleging it allowed the online retail giant to reap potentially illegal state subsidies for its European operations for almost a decade.

The European Commission is poised to launch a formal in-depth probe into its serious concerns over improper state aid, dragging Amazon into a multi-pronged clampdown on sweetheart tax deals that has already ensnared Apple in Ireland and Starbucks in the Netherlands.

The two Luxembourg cases over Amazon and Fiat are particularly sensitive because Jean-Claude Juncker, the incoming Commission president, was the Grand Duchy’s longtime premier at the time of the deals. All the countries and companies subject to the state aid probes reject any improper arrangements or wrongdoing. The Commission declined to comment.

Investigators believe Luxembourg gave Amazon favourable terms in a 2003 tax ruling, which caps its tax exposure to the Grand Duchy and helps limit its overall bill to less than 1 per cent of the retailer’s European income, according to people briefed on the case.

The expected move by Joaquín Almunia, the outgoing EU competition commissioner, raises further uncomfortable questions for Amazon, a feted ecommerce pioneer, about the extent to which its success has depended on contentious tax policies. Its approach has already come under fire from politicians in the US, UK and France.

In previous statements Amazon said it pays “all applicable taxes in every jurisdiction that it operates within”. It is “vigorously” contesting disputed tax bills in the US and France of $1.5bn and $250m respectively.

Even so, any potential disputes over Amazon’s tax affairs would probably have to take into account its thin profit margins relative to the enormous scale of its operations.

The Commission’s central allegation is that Luxembourg allowed Amazon to misallocate profit within its corporate structure, in a manner that fell short of standards expected of an arms-length transaction between corporate subsidiaries.

This appears to have artificially reduced Amazon’s tax bill on a selective basis, according to people familiar with the initial investigation, a significant state subsidy that Brussels can order Luxembourg to recoup if it is proven to be illegal.

At issue is Luxembourg’s “comfort letter” to Amazon in 2003 that introduced an effective cap on the retailer’s profits that can be taxed in Luxembourg, an upper limit Brussels sees as unorthodox. The ruling was agreed before Amazon set up its main Luxembourg companies, which are the hub for its European operations.

It defines transaction terms between Amazon EU SARL, its main European retail company, and Amazon Europe Holding Technologies SCS, a US owned “flow through entity” that holds intellectual property rights to the Amazon website. Amazon SCS is not liable for Luxembourg corporate tax.

A spokesperson for Luxembourg’s ministry of finance declined to comment.

So far, no transfer pricing report has been shown to the commission with Amazon’s evidence to justify margins agreed in 2003. Submitting such a report is routine in tax negotiations. While most so-called transfer pricing agreements in Europe last for three to five years, the 2003 Amazon ruling has not yet been revised.

During the second stage of the probe, EU investigators are expected to ask Luxembourg and Amazon to explain why its main operating company, holding inventory and bearing business risk, would accept a cap on its profits if it were in a truly arms-length relationship with Amazon SCS.

Lawyers involved in the tax investigations say the commission is wrong to apply the standard retrospectively. Some Irish politicians claim the state aid probes are a backdoor way for Brussels to meddle in sovereign tax policy.

While Brussels’ main tax investigations were developed and launched by Mr Almunia, the cases will as soon as next month be inherited by his successor Margrethe Vestager, the former Danish economy minister.

During her confirmation hearing last week, Ms Vestager made the tax investigations a “high priority” and hit out at the injustice of big multinational companies being able to secure favourable terms unavailable to their smaller rivals.

Luxembourg initially refused to fully comply with the commission’s demand for information on its tax rulings, prompting Brussels to issue an injunction. While Luxembourg is still fighting the case in court, there has been greater co-operation since the appointment of Mr Juncker.