Safe Haven seeking to purchase 400 homes and lease them 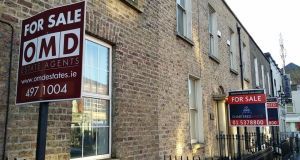 The ratings agency said the charity, which is focused on acquiring and leasing properties to local authorities in Ireland, had a strong enterprise and financial profile.

Safe Haven, which is based in Dublin, was established in May 2013 by Jon Patrick Hume, Michael McCormack and Gary Kent. It intends to purchase about 4000 properties, refurbish then and lease them out to local authorities on 21-year leases. The charity purchased its first property in Tallaght, Dublin in November 2014.

The Safe Haven concept was born in the west London Borough of Ealing in 2005 where there was a severe shortage of housing for those in need. The organisation was able to provide 200 homes on ten-year leases in conjunction with the London Borough of Ealing at no cost to the taxpayers through a privately funded scheme. Safe Haven said it is now working to achieve the same goal working in partnership with local authorities here.

“We assess Safe Haven as having a strong liquidity position. Operating cash flows are likely to be stable and predictable, and we forecast levels of cash of around €10 million, including a six-month debt-service reserve. This supports a very strong liquidity ratio, leading to sources exceeding uses by 2.3 times on average over the next three years,” said Standard & Poor’s.