Harbourmaster Place deal will show a net initial yield of 5.4 per cent 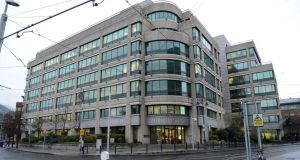 No 2 Harbourmaster Place, IFSC, Dublin, is the seventh office investment in the area to have changed hands this year. Photograph: Eric Luke

Another of the original office blocks in Dublin’s IFSC has been sold in an off-market transaction. Ardstone Capital, the private investment manager, and CBRE Global Investment Partners, have bought 2 Harbourmaster Place for €37.85 million in a deal that will show a net initial yield of 5.4 per cent. The same partnership has also paid €8.5 million for Block P2 at Eastpoint Business Park which was owned by Irish Life Investment Managers.

2 Harbourmaster Place is the seventh office investment in the area to have changed hands this year as long-term investors availed of the pick-up in the market to offload assets on which they claimed 100 per cent capital allowances over a 10-year period. The 5,688sq m (61,012sq ft) multi-let building close to the main entrance of the IFSC and Connolly Station was originally occupied by solicitors McCann Fitzgerald who moved to the south side of the docks in 2006.

The mix of tenants in the block includes KPMG, Wells Fargo, Bank of Montreal, Kleinworth Benson, Aspen Reinsurance and United Health Group. Average rents, running at €376 per sq m (€35 per sq ft), are expected to move upwards early next year in line with the rental growth for prime office buildings.

Ardstone was advised by the Bannon agency while JLL acted for Irish Life.

Ardstone has now invested €100 million over the last 10 months across five assets in Dublin for Ardstone Value Partners, its primary |Irish fund vehicle. The investors are mainly financial institutions, global pension funds and wealthy families. Ardstone runs a similar operation with CBRE GIP in the UK.