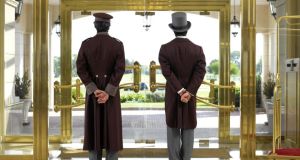 The hotel industry is now turning over some €7.6 billion a year with the outturn for 2015 forecast at €7.9 billion

A leading law firm is forecasting a “buoyant market” for hotel property this year and next. Mason Hayes & Curran believes growing demand from the domestic market and overseas visitors coupled with an emerging supply shortage will drive both hotel valuations and transactions in the coming years.

Naoise Cosgrove, advisory partner with Crowe Horwath, said the hotel sector experienced a “sharp downturn from 2007 to 2010 when turnover fell from a peak of €8 billion to just over €6 billion. The industry was among the first sectors of the economy to recover in 2010, and turnover is now back to €7.6 billion with the outturn for 2015 forecast at €7.9 billion, very close to the peak level.”

“A hotel sale is a normal property transaction with bells and whistles,” she says. “There is a lot more going on there. You have to ask what you are buying: is it the physical property? Is it the business? Is it an asset or a share sale? Typically it’s an asset sale but sometimes it’s a share purchase agreement.

“Due diligence is an art form all of its own when it comes to hotels. Purchasers have become very adept at it but vendors need to be very concerned as well. They have to take a long hard look at it months in advance and put their house in order. They have to admit to their sins early and deal with them.”

“Almost all due diligence is now carried out before the contracts have been signed. This means there are a lot fewer delays in closing.”

A further complicating factor has been created by the competition issue of thresholds for merger notification.

Maureen O’Neill, partner with Mason Hayes & Curran’s EU and anti-trust team, said that since the changes came into force in October 2014, 29 notifications were made to the Competition and Consumer Protection Commission, seven of which related to hotel sales.