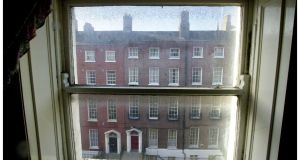 A High Court challenge has been initiated over An Bord Pleanála’s planning permission for a co-living development on Dublin’s North Great George’s Street.

The action against the board is by the North Great George’s Street Preservation Society, which is composed of local residents. They want the court to quash the June 2020 permission for the development of 132 residential units.

Permission for the development, ranging in height from three to seven storeys and located at North Great George’s Street and Hill Street, was granted, with 17 conditions attached, to Hillstreet Limited Partnership.

The society claims the decision to grant planning permission is flawed and should be set aside for a number of reasons. It claims the area is of historical and architectural importance and that buildings near the proposed development are protected structures.

The board’s finding that the proposed development would not adversely affect or seriously injure the street’s character and heritage is unreasonable and contrary to common sense, the group claims.

It contends the board failed to carry out a proper or preliminary screening of the proposed development for the purpose of carrying out an Environmental Impact Assessment and failed to comply with its obligations under EU directives in that regard.

The application for leave to bring the proceedings came before Mr Justice Charles Meenan, on an ex-parte basis (one side only represented), on Monday. The judge directed the society’s application for permission to bring the challenge should be made in the presence of the other parties. The matter was adjourned to a date in January.

1 Basic income for all: Has the Covid crisis given us a new economic model?
2 ‘I don’t need to do any of this. . .I don’t actually need to work.’
3 Direct sea routes to Europe offer certainty in choppy Brexit waters
4 Online shoppers face unwelcome tax surprise
5 Promontoria barred from pursuing doctor over Ulster Bank loan
6 Admission of mistake in Oxford vaccine dose raises doubts over reliability
7 Kinzen raises $2.2m as it helps clients fight ‘misinformation’
8 Only way is up for Stripe as valuation skyrockets
9 Pandemic brings a halt to Zara-owner’s Irish expansion
10 Fiona Reddan: Who’s afraid of Revolut? Not AIB and BOI it seems
Real news has value SUBSCRIBE