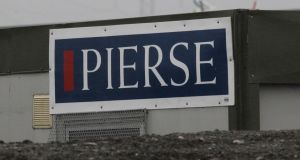 Pierse Contracting, then employing 109 people, was wound up in November 2010 with a deficit of €212 million. Photograph: Brenda Fitzsimons/THE IRISH TIMES

Four former directors of Pierse Contracting, once Ireland’s third-largest building contractor, are men of honesty and integrity who believed they were acting responsibly in allowing the firm continue trading beyond 2009, the High Court has been told.

Lawyers for the four have strongly rejected arguments by the company’s liquidator their conduct amounted to “wilful self-delusion” justifying the making of restriction orders against them.

Restriction orders were previously made against five other former directors – Fearghal Nolan, Martin Murphy, Michael O’Reilly, Matthew Duggan and Brendan Cahalin. In correspondence with Mr Coyle, the five said they believed they acted honestly and responsibly at all times in the conduct of the company’s affairs but were not in a financial position to oppose the application.

Pierse, then employing 109 people, was wound up in November 2010 with a deficit of €212 million and Mr Coyle claims the directors should have realised by April 2009 it was effectively insolvent.

In submissions for Kieran Duggan, James Doherty argued that, in alleging the directors were wilfully irresponsible in permitting the company continue trade after April 2009, Mr Coyle was being unfair, utterly unrealistic and acting with the benefit of hindsight.

Pierse’s auditors, KPMG, had signed off on the 2009 accounts as giving a fair and accurate picture of the company’s finances and the general view then, shared by the banks, was Pierse’s position could be turned around, he said.

Mr Doherty said Mr Duggan, as a non-executive director who had joined Pierse in 2005, was only there four times a year and had made proper inquiries and believed he was entitled to rely on professional and qualified staff. Mr Duggan had “a justifiable sense of grievance” as to why he was brought here at all, counsel said.

Counsel for Michael McNamara said his client was an engineer who in 2005 was headhunted and returned to Pierse. He was not looking to avoid consequences on the financial side but his experience was in relation to contracts and supervising those.