These days hoteliers sometimes sound like farmers in suits 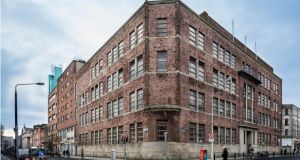 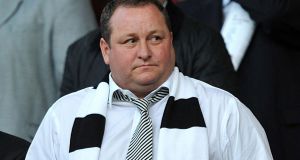 Mike Ashley: has his eye on a potential move into the Clerys building on O’Connell Street 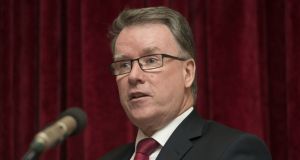 The news this week that DIT’s Cathal Brugha Street hotel school is for sale reminded me of the wonderful years I spent there in the late 1990s. The industry, much as it is now, was booming and the training we were privileged to receive was top-class.

The regularity with which we crawled into early morning lectures nursing olympian hangovers meant we also lived and bemoaned the creed that hoteliers must work hard, but play hard too. The hardest thing about some Irish hoteliers in recent years, however, has been their necks.

Farming is traditionally the industry with the most egregious sense of entitlement to State help and taxpayers’ cash. These days, hoteliers sometimes sound like farmers in suits. Which is a pity: at Cathal Brugha Street, we were always taught to search for solutions to problems yourself before you call on others.

The Irish Hotels Federation (IHF) held its annual conference in Killarney this week and, predictably, the loudest noises emanating from the Gleneagles hotel venue were for more State money to be lavished on assisting the booming hotel industry.

Hotels have rarely had it as good as they do right now. A weak euro combined with economic recovery in Ireland’s biggest source markets of the US and Britain means tourists are flooding into the State. Inbound numbers reached a record of more than eight million last year and should rise by at least 6 per cent this year.

They’ll be beating them back at the ports with sticks if it keeps up much longer.

Domestic business is also booming. Dublin’s status as a magnet for trade ensures corporate bookings in the capital are high. Google, for example, is expected to book 35,000 rooms in the city this year.

Remember the bleating over hotel prices by the organisers of the Web Summit? Hoteliers, in response, said the summit was no more lucrative for them than a big sporting event or major conference.

And those are as common as muck. The city’s hoteliers are exceedingly well-fed and demand often far exceeds supply. Why else would international investors such as Blackstone be crawling all over the sector? The IHF says the national hotel occupancy rate is at a 10-year high and 82 per cent of hoteliers across the State see a further uptick in business in 2016. The new boom has long since stretched to regional towns and cities and beyond. It is Dublin-centric no more.

Dalata, by far the State’s biggest hotel company and operator of a fifth of the rooms on the Dublin market, this week reported a quadrupling of profits. It also reported a 14 per cent increase in its room rates over the year, a hefty price rise.

Not even the collapse by his beloved Arsenal could wipe the smile from the face of Dalata’s wily old chief executive, Pat McCann.

And yet the industry has fought to retain the “temporary” cut-price 9 per cent tourism VAT rate that was introduced in 2011 at taxpayers’ expense. It did its job and provided a stimulus to the sector, but the need for it has long since passed.

At an estimated cost of €350 million a year, the subsequent hole in State finances was, until this year, plugged by a 0.6 per cent raid on private pension funds annually. Tourism is now booming, but pension funds are definitely not. They’re on fire, and not in a good way.

Now, hoteliers want the State to set aside €300 million to build new tourist attractions, for which there is a need. But instead of bumping the homeless or sick children to the back of the queue for taxpayers’ cash, why doesn’t the tourism industry pay for it itself?

If the normal VAT rate was reinstated and the proceeds ringfenced, instead of being used as it is currently to supersize the margins of an already-booming industry, they’d raise enough cash to turn the whole State into a tourist theme park. Footnotes...

What a poke in the eye for the trade union movement to learn that Mike Ashley, who controls Sports Direct and Heatons, has his eye on a potential move into the Clerys building on O’Connell Street.

After eight months of Siptu agitating for improved workers’ rights on the back of the store’s outrageously handled closure, the spectre has appeared of a move to the site by a company linked to a retailer for whom workers’ rights appears to be an oxymoron.

The British media pounded Ashley and Sports Direct in recent months after an undercover investigation found a litany of serious breaches of workers rights at its nerve centre in Derbyshire, including body searches and wages that for some were allegedly effectively below the minimum wage. It is unclear whether or not Ashley has yet concluded a deal for the Clerys building, but his mere interest has got tongues wagging in the industry.

Meanwhile, developer Deirdre Foley, who masterminded the buyout of Clerys, this week formally registered a new branch of her D2 Private company in London, where she now spends most of her time.

She is apparently a doughty soul, so she may yet press ahead with the redevelopment of the site, despite the criticism that has engulfed the deal.

The Revenue Commissioners plan a trip to the High Court in relation to Celestial Green Ventures plc, a Dublin-head carbon trading firm with links to Brazil and founded by former mining executive Ciaran Kelly.

The company flogs carbon credits derived from projects to reduce deforestation in the Amazon, and has previously tried to strike deals with local tribes. It’s an exotic business model, for sure.

The company was, for a while, listed on a junior exchange in Frankfurt about five years ago.

Its 2011 prospectus estimated profits of $600 million over the following five years, although it hasn’t quite worked out that way.

Michael Gladney, the Revenue’s collector general – the taxman to you and me – has filed a notice seeking to wind up Celestial. It’s not exactly a heavenly set of circumstances for the Dublin company.

The annual Forbes ranking of billionaires this week included John Grayken of the hedge fund Lone Star on its list of “Irish” moneybags. Grayken was born outside Boston, but he renounced his US citizenship in 1999, allegedly for tax purposes, and became an Irish citizen.

He is now worth more than $6 billion.

Forbes also published a less-than-complimentary profile of Grayken, which depicted him as a most ruthless capitalist, who deploys the toughest tactics when owed money.

The Forbes piece highlights how Grayken also owns several properties, including a stately pile outside London.

This mansion was featured as the home of the US ambassador played by Gregory Peck in the movie The Omen.