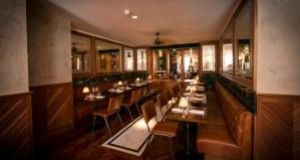 Brookwood opened on Baggot Street in Dublin 2 in 2014.

Newly filed abridged accounts for PNL Restaurants Limited, the owners of Brookwood, show accumulated losses increased from €172,774 to €232,522 for the 12 months ending December 2015.

The company, whose directors are named as accountant turned restaurateur Peat, and FL Partners founders Neill Hughes and Peter Crowley, had cash at hand of €54,286 at the end of the year, up from €44,791.

The restaurant employed 22 people with related costs, including wages and salaries, totalling €232,425.

Brookwood opened on Baggot Street in Dublin 2 in 2014.