Subsidiaries in Luxembourg of food group had no staff and assets at year’s end of €1.3bn 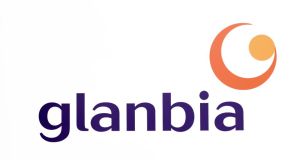 Subsidiaries in Luxembourg of Irish food group Glanbia reported more than €40 million in profits last year but paid just €200,000 in tax, according to accounts filed in the tiny EU member state.

The tax paid equates to a rate of about 0.5 per cent. The companies had no employees and had assets at year’s end of €1.3 billion. One of the effects of the companies’ operations was to reduce the group’s tax bills in Ireland and the United States.

The subsidiaries, Glanbia Luxembourg, Glanbia Luxfin and Glanbia Luxinvest, featured in last year’s Luxleaks revelations about companies that negotiated controversial tax deals with the authorities in Luxembourg by way of the local offices of PwC.

The Luxembourg company owed $807 million to a number of Irish companies, including Avonmore Proteins Ltd and Glanbia Finance Ltd, with the loans being interest-free.

There is nothing illegal in this, though in the wake of the Luxleaks revelations former Luxembourg prime minister Jean-Claude Juncker said such deals were morally questionable. Mr Juncker is the current president of the European Commission.

A spokesman for Glanbia said yesterday: “Glanbia is a global company that only uses legitimate structures to support the group’s international expansion and growth as well as the creation of thousands of jobs. Our effective group tax rate is 17 per cent and Glanbia is, and will continue to be, a significant contributor to the economies in which we operate.”

Earlier this year, Glanbia reported group turnover for 2014 of €2.38 billion, pre-tax profits of €176 million and an effective tax rate of 17 per cent.

The OECD is also coming to the end of its so-called Beps project, which aims to introduce a new set of global rules for taxing multinationals and which has targeted some of the financial instruments and accountancy moves that featured in the Luxembourg tax deals.