MBO deal values Tullamore-based company at up to €50m 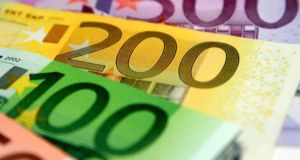 The deal is said to value the company, which produces cooked ham and ready meals, at €40-€50 million.

The deal came as Carlyle Cardinal confirmed it had also acquired epayments group Payzone Ireland from buyout firm Duke Street in a deal valuing the company at €30-€40 million.

The fund, backed by the Government via the Ireland Strategic Investment Fund (ISIF), specialises in making investments of €10-€40 million in companies with significant growth potential.

It will take a majority stake in the Carroll Cuisine business, which employs 150 staff in Tullamore, as part of the deal, according to sources.

Aryzta, which is better known here for its Cuisine de France brand, bought the business in 2004 for an undisclosed sum. The sale is seen as a move to divest itself of its non-core baking business.

The buyout keeps the company’s existing management team in situ, and there will be no job losses.

The deal is the fund’s fourth significant investment since its launch in 2013, with the aid of €125 million anchor investment from the ISIF.

It has also made investments in the Kildare-based chocolate manufacturer Lily O’Brien’s, and General Secure Logistics Services, a Dublin-based cash-in-transit business.