It has moved from the basement to the boardroom, so why do many marketers still overlook gaming? 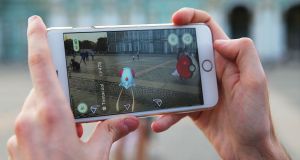 Gaming is a big market. It is highly lucrative, with an engaged and hard-to-reach audience. In media terms, this would normally make it a high-value channel. Photograph: Getty Images

It is estimated that the global gaming market in 2020 was worth $159 billion (¤132 billion), according to Reuters – a growth of 9.3 per cent on the revenues it generated in 2019. Last year, it is estimated that there were 2.7 billion gamers globally, or 34 per cent of the world’s population, and a bigger audience than Gen Z or Millennials. And gamers are playing for longer, on average spending over seven hours per week gaming.
This is a big, big market. It is highly lucrative, with an engaged and hard-to-reach audience. In media terms, this would normally make it a high-value channel.

Many recent research surveys show that marketers are generally neophiles. Up to date with the latest fads, trends, and tech. They are more likely to have several social media accounts and be subscribed to multiple streaming services. They are already jumping from WhatsApp to Signal. Moreover, what they want most at the moment is their Clubhouse invitation.

They are also professionals. Most decisions that they make are backed by numbers and experience.

On this week's Inside Marketing podcast, Ian McGrath, media & marketing consultant from EGtH, joins us as we ask why, despite huge audiences,more marketers don't really get gaming. Listen now:

So, how has the potential of the gaming market remained untapped by marketers for so long? It is down to a combination of bias within marketing teams and agencies, an under developed advertising product from developers and media owners, and a lack of evidence.

Gamers have traditionally been stereotyped as young to middle-aged, slightly unhealthy, male nerds. This was the image we were sold in movies and TV shows as gaming grew up in the 1980s and 1990s. The sweaty hard-core gamer geek, not really into the real world or natural light.

This negative stereotype has persisted, leading to an availability heuristic around gaming as being nerdy and niche. However, given there is now a third of the planet gaming, this perception could not be further from reality. The State of Online Gaming 2020 report by Limelight Networks shows that less than 20 per cent of gamers are “experts” or “aspiring professionals”.

Therefore, the vast majority are casual gamers, which covers all age groups and genders (average age of 33 years, and only slightly skewed male). In fact, the highest growth in time spent gaming came from people over 45 years, now spending just over six hours a week gaming and up 14 per cent on 2019.

The traditional gamer stereotype is typically portrayed as someone who sits at a console or laptop, slightly isolated from the world, whereas most gaming is played on mobile phones. On average, people spend twice as much time gaming on their mobile, as opposed to using a console or laptop. This makes gaming in many ways as ubiquitous and socially connected as phones themselves.

On average, people spend twice as much time gaming on their mobile, as opposed to using a console or laptop. This makes gaming in many ways as ubiquitous and socially connected as phones themselves

What marketers need to remember is that gamers cannot be simply put into one neat little bucket: “it’s like saying everything living in the ocean is a fish”.

The latest research from YouGov illustrates that gaming is just one of the many hobbies people have and share with others. People who play games also play sports or go to the gym, they go out with friends, they do school runs (or have been home schooling recently), they watch TV, and they buy stuff they do not need from the middle aisle in Aldi and Lidl. Gaming is an easily accessible pastime. In 2021, it is for anyone.

Gaming is a huge, frictionless channel for spending and socialising. A study published at the end of last year from Simon-Kucher & Partners and Dynata reported that spending through video games increased by 39 per cent in 2020. It also reported that 60 per cent of gamers played longer using social interactions through the channel to beat the isolation and boredom of lockdowns. Little has been done to capture the sociability and transactional nature of the channel and translate them into premium advertising products.

Most marketing investment through this channel is in sponsorships, influencers, and advertising. Many marketers still view this investment as risky money or lower-funnel type spending. And the media owners have been slow to evolve their products. The end result is undeveloped, dormant advertising products that sit uneasy in such a dynamic environment.

Media owners need to think down the line and invest in measurement that proves the attention, the brand recognition, the higher performance, and the sales attributable to gaming channels

Time for a reboot. Zynga’s 2020 Gaming Ad Study reported that gamers prefer native ads that are playable and interactive. Clearly a more active approach from advertisers is needed to meet gamers preferences.

Media owners and marketers must look to the high-level engagement of the channel and design more than just click-through campaigns. To move this forward, media owners and developers need to build out an ad product roadmap that will advance advertising products, matching it to the experience of the gameplay, then continue to improve these in line with how the channel evolves.

This is a gap. We hear of the notable successes and the standout marketing through gaming channels, but, like most case studies, we hear little about the failures. Both success and failure need to be analysed to build effective communications in any channel.

Two areas that stand in the way of prescribing more effective marketing through gaming channels are typical campaign investment levels and campaign type. A high percentage of the marketing investment in these channels is still low level or test spend. Not significant enough on its own to be measured and analysed accurately, beyond dull metrics like clicks or short-term return on advertising spend. And, as a low-level media investment, the time is not spent optimising the messaging for better in-channel connections either; meaning the creative execution could usually be better.

Coupled with this, the majority use of these channels has been lower-funnel, conversion led campaigns. This exacerbates the problem further. If the use of this channel has primarily been to drive website traffic, then it is difficult to find the evidence that these channels can help deliver and improve the performance of broader marketing metrics.

Media owners need to think down the line and invest in measurement that proves the attention, the brand recognition, the higher performance, and the sales attributable to gaming channels. They should think of more co-branding opportunities in product development too.

The quick realisation that gaming is a huge market, which will continue to grow, is coming. That it has an attentive audience that is actively spending money and socialising through the channel, is coming. And it is going to come fast, particularly as more marketing spend shifts to targeting context. For some, this will be part channel optimisation, while others will look to use this environment to build better connections and time spent between their brands and consumers.

The more agile and creative marketers will reap the benefits sooner than the low-risk, laggards who are unwilling to tap into new channels.

There is an old saying from New York that the laggards need to keep in mind: “Opportunity is never lost; someone else takes the ones you miss.”

Inside Marketing is a series brought to you by Dentsu Aegis Network and Irish Times Media Solutions, exploring the issues and opportunities facing the world of media and marketing.
For more information, visit irishtimes.com/insidemarketing.