Indigenous people were subjected to physical, sexual and other forms of abuse 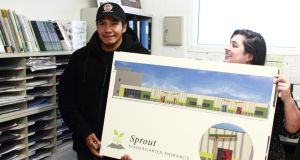 Indigenous peoples in Canada comprise First Nations people, Inuit and Métis. They account for 4.3 per cent of the national population – 1,400,685 people – and live on reserves across Canada from British Columbia to Nova Scotia.

From the late 18th century onwards, European colonists forced these nomadic hunters and trappers onto tracts of land – reserves – and encouraged aboriginals to assimilate into their culture.

These efforts eventually resulted in forced integration, through a residential school system that removed more than 150,000 aboriginal children, sometimes as young as six, from their homes, and placed them in Christian-run boarding schools.

There they were subjected to extreme cultural suppression, emotional deprivation and physical, and at times, sexual abuse.

The government-operated residential schools were established in the 1840s, and the last one closed in 1996.

The ongoing impact of residential schools has been felt through several generations and has contributed to various social problems.

In 2008 the government of Canada apologised for Canada’s role in the operation of the schools and established a truth and reconciliation commission.

Historically, suicide was a very rare occurrence among First Nations and Inuit. It was only after contact with Europeans and the subsequent effects of colonialism that suicide became prevalent.

Rates of suicide for aboriginal youth in Canada are considered to be among the highest in the world.