Philosophy in our schools a necessity, not a luxury 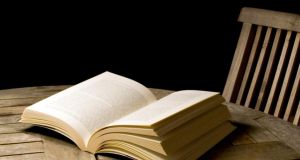 ‘By revealing the limitations of what we know, philosophy also teaches students a measure of humility and caution; two much-needed values in a world that reveres decisive action.’ Photograph: Getty Images

The idea of introducing philosophy to secondary schools has enjoyed some attention recently. This has been motivated, in part, by frustration with our memory-focused exam system which leaves students ill-equipped to deal with the fast-changing world we live in.

A proposal submitted by the Royal Irish Academy for Philosophy and Ethics in 2012 was shelved. A petition in support of the proposal followed but, between Cabinet reshuffles and other issues, interest in philosophy for schools waned.

With new Minister for Education Jan O’ Sullivan and President Michael D Higgins’ Ethics Initiative in full swing it is apt to consider again how valuable philosophy is for the future of Irish society.

But philosophy is more than useful training in how to think. Its greatest value lies in what it encourages students to think about: the subject matter rather than the method.

What it means to be human

Our standards for truth and knowledge influence our scientific and religious beliefs. Our ideas about justice, equality and freedom determine whether we are liberal or conservative, capitalist or socialist.

In examining these concepts, philosophers rarely come up with neat answers. None are immune to counter-argument.

Philosophy teaches that our understanding of these basic concepts rests on shaky foundations. In so doing, it reveals the limitations of human knowledge and understanding.

Such awareness helps students be wary of those who claim certainty and truth; it protects against dogmatic indoctrination and group-think. Philosophy celebrates the complex, nuanced nature of our understanding. It reminds us of what we do not know.

In recent decades Ireland has been marred by corruption and exploitation in our most powerful institutions: the church, the financial system, and a political system complicit in both.

These crises were allowed progress to such devastating extent, in part, because we accepted, implicitly or explicitly, the ideologies of those who held power.

To prevent that from happening again we need to equip students with the awareness and ability to ask difficult questions, to challenge the ideas that lurk behind powerful institutions. The only way to do that is to teach them that such ideologies exist, and that things can be different.

Why does religion play the role it does for people? Is economics scientific? Is voting sufficient participation in a democracy? Philosophy encourages the kind of open-mindedness needed for students to explore the many perspectives on such issues.

Just do it. Move fast and break things. YOLO. Creative Destruction. These are just some of the slogans of our techno-consumerist age; all encouraging us to act now, think later (which often means buy now, pay later).

The consumer society constantly attempts to remove time for reflection. Philosophical study is a counterbalance to this culture of fast action.

In Ireland we have plenty of smart lawyers and accountants who can solve problems. What we lack are public figures with the awareness, or courage, to publicly question the unarticulated values on which society is based. This is necessary if we want to be the conscious authors of our future.

Bertrand Russell said: “If all humans were well off, if poverty and disease had been reduced to their lowest possible point, there would still remain much to be done to produce a valuable society”.

While we haven’t reduced poverty and disease to their lowest level, we are lucky enough to live in a part of the world where we can openly debate the kind of society we want.

For that, we need philosophy.