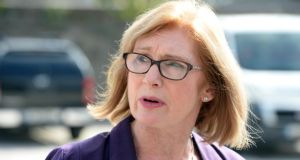 Asylum seekers in Ireland cannot continue to live in the current system of direct provision accommodation the Minister for Education and Skills has said.

Speaking at the launch of the Bualadh Bos Children’s Festival in Limerick earlier, Jan O’Sullivan said children living in direct provision accommodation are being denied a “normal family life”.

Ms O’Sullivan said direct provision accommodation was “not a good system” and supported comments made by the Minister for State at the Department of Justice Aodhán Ó Ríordáin who has criticised the way direct provision centres for asylum seekers are operated.

Mr Ó Ríordáin, who has responsibility for Equality, New Communities and Culture, called the system “inhumane” and said the conditions people are expected to live in are intolerable.

He also said the length of time people are spending in these centres was outrageous and said that new legislation will limit the period someone spends in the system to between six and 12 months.

“I fully support my colleague Aodhán Ó Ríordáin who has stated quite clearly he feels that direct provision is really not something we can continue to have in our system and I think Minister Fitzgearld has also expressed views in this regard,” said Ms O’Sullivan.

“I will be meeting with him shortly because I am also concerned about the educational opportunities for children who may have gone right through most of their school life in Ireland and still have difficulties in being able to go on to higher education.”

When asked about the repeated calls for the closure of the Mount Trenchard asylum seeker centre in Foynes Co Limerick, and a protest by 300 residents of direct provision in Cork today, Ms O’Sullivan said:

“It is a general issue with regard to direct provision. I know there aren’t any children in Mount Trenchard but I have a particular concern for children who are living in direct provision in situations where they can’t have a normal family life.”

Residents at the Kinsale Road Reception and Accommodation Centre on the outskirts of Cork city began the protest at 5am this morning and blocked staff from gaining entry to the premises.

Speaking during a visit to Limerick last week the Minister for Justice Frances Fitzgerald said she is planning to meet with asylum seekers living in the Mount Trenchard direct provision centre, described by the Irish Refugee Council as “one of the worst in the system”.

Last month a number of residents at the facility claimed they were moved to other accommodation within ten minutes of protesting over conditions at the centre which caters for 55 adult men in dormitory style accommodation.

A number of residents also went on hunger strike in a bid to highlight their concerns over conditions at Mount Trenchard.

1 One hundred Irish retailers for all your online Christmas shopping
2 Life under Level 5: Where can I go, who can I see, what is closed and what is open?
3 Thousands of gardaí mount checkpoints and patrol parks, beauty spots
4 Covid-19: Pressure over breakdown in tracing system intensifies as State enters Level 5
5 Miriam Lord: All test and no trace makes Jack a very ill boy
Real news has value SUBSCRIBE