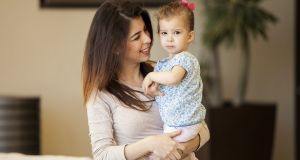 The Workplace Relations Commission says domestic workers are entitled to the same employment rights as others. File photograph: Thinkstock.

An au pair awarded €9,229 after the family she worked for broke employment law has said she hopes people working in the sector will no longer be exploited as “cheap labour”.

The Workplace Relations Commission made the award to the Spanish woman on the grounds the family breached aspects of the Minimum Wage Act, the Organisation of Working Time Act and the Terms of Employment (Information) Act.

A rights commissioner found the woman’s complaint that she had not been paid the minimum wage of €8.65 an hour was “well founded”. The commissione awarded the woman €3,829 in arrears of wages, being the difference between the wages paid and the wages she should have been paid.

She was also awarded €400 under the Terms of Employment Act as she had not been provided with a written statement of her terms and conditions.

The rights commissioner also found the employers had breached the law in relation to annual leave and ordered that they pay the woman €5,000 in compensation.

The woman also made a complaint about daily rest breaks but did not provide any evidence to the hearing in October last year on this aspect of her case.

She confirmed to the rights commissioner that she did get breaks and the commissioner found, accordingly, that there was no breach of the law in that regard.

The family has accepted the judgment and paid the award in full, according to the Migrant Rights Centre Ireland (MRCI) which represented the woman in the case.

Responding to the judgment, the woman, who wishes to remain anonymous, said: “It has been a long process, and many people there worked on my case; finally I have found the reward and respect that I needed. Without all those people, this would be impossible.

“And that is why I want to say to all au pairs: you deserve to be respected, because you have in your care the most precious part of a family, the children. And that is a huge responsibility.”

The MRCI’s legal officer Virginija Petrauskaite described it as a “landmark decision” which sent “a very clear message” to employers.

“Unfortunately, her case is not an exception; in fact we know many au pairs whose treatment was much, much worse.”

Ms Petrauskaite said the new government must ensure au pairs and families are fully aware of their rights and responsibilities, and must “urgently crack down on the many au pair agencies advertising illegal working conditions to employers and workers alike”.