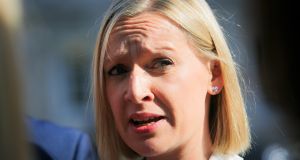 “This is another classic case of old-school Irish ineptitude. It indicates a need for root and branch reform of administration in this country. The councillor doesn’t appear to have acted improperly and there is no evidence of corruption,” Ms Creighton said.

“However, incompetence is equally damaging for the morale of Irish citizens,” she said.

“Micheál Martin vigorously calls for investigations on the most minor of matters when it comes to other parties. He should act immediately to calm public disquiet about an event that appears to belong more appropriately to an Ireland of 30 years ago,” she said.

“Irish policing should be embracing the i-cloud and modern technology rather than the pencil and the notebook.” the Dublin South-East TD said.

Cllr Jerry O’Dea, the Metropolitan Mayor of Limerick, has confirmed in a statement he was involved in a traffic incident in December 2014. Mr O’Dea said he made “no contact” with An Garda Síochána after the initial investigation.

“In early May 2015 I was informed there would be no action against me. I consider the matter closed.”

The gardaí in Limerick have commenced an internal inquiry into the matter. The incident occurred when a BMW car overturned on the outskirts of Limerick city on December 11th, 2014. The driver had to be helped from the vehicle by gardaí and the Fire Brigade.

The driver claimed he had swerved to avoid another vehicle that fled the scene.

Mr O’Dea was taken to University Hospital Limerick where tests were carried out.

The handling of the Garda investigation has subsequently become the matter of an internal inquiry by An Garda Síochána.

Mr O’Dea said in the statement there was no contact between him and An Garda Síochána subsequent to the initial investigation in which he said he co-operated fully.

Mr O’Dea faced no further action, and there is no record of a summons being issued.

Focus may now turn to the manner in which the matter was handled locally by An Garda Síochána. Once a Garda internal inquiry has been completed, the matter may result in a disciplinary hearing, after which sanctions are available.

Disciplinary inquiries can result in suspension, monetary penalties or, in extreme cases, dismissal from the force.

The Irish Times understands the Garda member who was dealing with the case continues to work in Limerick.

In a statement from its national headquarters, Fianna Fáil said it was “an operational issue for An Garda Síochána, which has launched an investigation into the matter. All individuals concerned should fully co-operate with the inquiry.”

Fianna Fáil councillors in Limerick were expected to hold a meeting yesterday evening. Dáil Deputy Willie O’Dea (no relation) said a clarifying statement would be helpful.