Young people being corrupted by an avalanche of online images, says Taoiseach 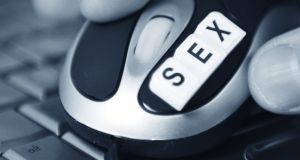 Taoiseach Enda Kenny has called for a national conversation on the exposure of young people to pornography.

Mr Kenny said he has serious concerns young people were being tainted and corrupted by an avalanche of pornography.

“And more and more grow up being online. And from that point of view, what used to be termed the ‘lads’ magazines’ have grown to be replaced with a pornography that is as ubiquitous as it is damaging.

“And our young people, growing up, imagining that what they see on a screen might be normal sexual behaviour.”

Mr Kenny, who was speaking at the launch in Dublin of a freephone helpline for the Federation for Victim Assistance, said the scourge of pornography would be difficult to police but steps needed to be taken to deal with the problem.

Some countries, including England and Wales, have introduced new legislation making it an offence to share photographs or videos of a sexual nature of another person without their consent.

Minister for Justice Frances Fitzgerald is examining this area, and is considering introducing new offences which would carry prison terms of up to seven years.