O Riordain says abortion Bill ‘should start debate on the removal of Article 40.3.3’ 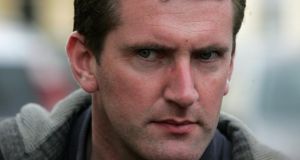 Labour TD Aodhan O Riordain said issues such as rape, incest and fatal foetal abnormality could not be dealt with in the Protection of Life During Pregnancy Bill.

A Fine Gael TD has sharply criticised his Labour Government colleagues as he declared his opposition to the abortion legislation in the Dáil.

Galway West deputy Brian Walsh said the Protection of Life During Pregnancy Bill. had won the support of members of the Dáil who had a professed desire to see more liberal abortion facilities.

“It is seen as a stepping stone by those members, some of whom we know sit amongst us on this side of the House. Two Labour backbenchers clearly expressed the view that it a stepping stone to a more liberal abortion regime in the future,” he added.

Mr Walsh warned the legislation would herald a fundamental shift in the culture of care in Irish hospitals.

“Our healthcare professionals, in making every effort to protect the life of the mother and the child, in accordance with their own guidelines, have made Ireland one of the safest countries in the world for women in pregnancy,” Mr Walsh added.

“But what impact will this legislation have on that culture of care if one day a doctor is striving to save the lives of women and babies and the next they are gowning up to perform a procedure that will result in the intentional death of an unborn child ?”

Earlier Labour TD Aodhan O Riordain said Minister for Health James Reilly should look at the abortion legislation as the start of a debate for a new referendum to remove Article 40.3.3 of the Constitution.

Mr O Riordain said issues such as rape, incest and fatal foetal abnormality could not be dealt with in the Bill.

The legislation could only go as far as the Constitution permitted, he said.

However, he called on the Minister for Health to “regard this Bill as the beginning of a discussion on a new constitutional amendment which would remove Article 40.3.3 in order to enable women to protect their health during pregnancy and deal with issues of rape and incest, as well as the sensitive issue of fatal foetal abnormality”.

“These issues cannot be addressed in the Bill before us because of the constitutional constraints under which we must operate.”

Mr O Riordain was speaking during the ongoing Dáil debate on the legislation, which gives effect to the 1992 X-case Supreme Court judgment on abortion.

He described as outrageous, any suggestion that there was no requirement to legislate for the judgment.

“We are required to legislate if we take our Constitution and this Republic seriously, regardless of the substantive issue at hand. We have a Supreme Court and constitutional referendums for a reason.”

Earlier Fine Gael deputy Olivia Mitchell dismissed as superfluous, suggestions by a former director of public prosecutions of the need for legal representation for the foetus.

Ms Mitchell said if it were only the mother’s life being considered there would be no hoops to be gone through, no requirements for three specialists, no monthly reporting, and no 14-year jail sentences.

Ms Mitchell was referring to comments by former prosecutor Eamonn Barnes in The Irish Times, who expressed the view that the Attorney General should be the person to ensure the right to life of the unborn, should be vindicated at all stages of the proceedings under the Bill.

“ If it were not the constitutional imperative to protect the foetus, the only medical consideration would be the mother’s health, the standard medical criterion for treating any patient.”

The Dublin South TD also described as “Dickensian” and “downright dangerous”, the 14-year jail sentence in the legislation for women who procure an illegal abortion or who self-induce one.

She said the 14-year jail sentence put lives at risk and needed to be reduced or eliminated.

He said it does no more than provide a framework to ensure that everything that can be done to save the life of a woman during a pregnancy will be done.

Mr Martin said the Bill does not change the fundamentals of the law as it stands today. As much as possible in such a divisive area it adheres to the available medical advice. Vitally, it includes a mechanism to ensure the law is not misused, he said.

His party colleague John Browne said he would vote against the legislation because he has “major problems” with the inclusion of the grounds of suicide in its provisions.

The Wexford TD told the House the Oireachtas Committee on Health and Children hearings on abortion showed medical experts on both sides of the debate accepted that abortion was not a cure for pregnant women with suicidal tendencies.

He said the Taoiseach had made it clear there was no change in abortion as it applied in Ireland.

But Mr Browne referred to the comments of one barrister at the hearings that it was clear the inclusion of the provision for suicide marks a change in the law. It creates for the first time in statutory law what may a direct and intentional termination of an unborn child’s life, he said.

Every political party had their own view and concerns about the legislation, going back 25 years, and it hasn’t been easy to deal with.