Lender in talks to put €150m towards 2,400 units and upgrades to local authority homes 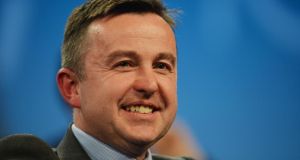 The Government is in talks with the European Investment Bank (EIB) about a €300 million plan to build 2,400 social housing units and upgrade local authority homes.

The Luxembourg-based bank agreed to lend €150 million to the scheme if the Government came up with equal funding. The homes would be built over the next three years.

Preparations for the scheme, which may be unveiled in the budget next week, come amid mounting pressure on the Government to tackle an acute housing shortage in Dublin and a growing waiting list for local authority homes.

Brian Hayes, Fine Gael MEP for Dublin, said the EIB has told him that most of the new homes would be built in the capital.

The EIB is an EU institution specialising in long-term lending for big public projects. The bank has a top credit rating so it can raise money cheaply on international markets and lend to governments at lower interest rates than commercial banks.

Its board is to make a final decision on the plan by the end of this month, it is understood.

The bank’s main contact is the Housing Finance Agency, a State-owned firm that lends to local authorities and voluntary bodies for housing.

“I can confirm that advanced discussions have taken place with the Housing Finance Agency.

This would be the first such programme in Ireland. There are precedents elsewhere, however. The bank has supported a British housing finance corporation for many years.

Covid-19 Vaccine Tracker: What's available in the Republic of Ireland and what else is coming? 12:37
Girl left scarred after falling into brambles at school secures settlement of €90,000 13:09
Appeal to help find golden eagle missing in Co Wicklow 12:30
Seven arrested in Cavan over suspected blackmail plot 12:12
HSE to contact high-risk patients about vaccine, says chief clinical officer 12:09