Analysis: Police will have list of suspects for John Boreland murder 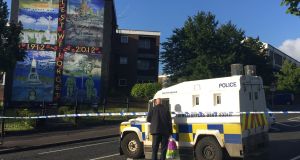 After Sunday night’s murder of Ulster Defence Association member John Boreland in north Belfast the PSNI will have a list of potential suspects.

They also will be planning how to deal with yet another potential bloody internecine loyalist paramilitary feud, like the many that have gone before during and since the Troubles.

In descending order, according to senior security sources, the chief suspects are: rivals within Mr Boreland’s own UDA organisation, members of the Ulster Volunteer Force, regular criminals, and dissident republicans.

Of those four groups the PSNI, while not ruling anything out, are not placing any big focus on dissidents or on ordinary criminals. Detectives will be checking with trusted informants about possible UVF involvement but the main initial thrust of the investigation will be that Mr Boreland was murdered by one of his own within the UDA.

When it comes to groups such as the UDA and the UVF they certainly haven’t gone away. Their operations aren’t about protecting Northern Ireland’s union with Britain, as they would see it, but about power and control and protecting lucrative drugs, extortion and other criminal rackets.

Mr Boreland, who was shot dead in Sunningdale Gardens, off the Ballysillan Road in north Belfast, was a well known UDA figure. Two years ago he was wounded in a gun attack where again the chief suspects were rival loyalists. He was heavily involved in UDA criminality, according to police, political and local sources

The killing has been strongly condemned by the likes of First Minister Arlene Foster and Deputy First Minister Martin McGuinness. They and several other politicians urged anyone with information about the murder to bring it forward to the police. That is the appeal the PSNI itself is making.

But here senior detectives, based on their knowledge and experience, fear that getting eyewitnesses to come forward will be extremely difficult. On the street for very good reasons of self-protection the rule remains, whatever you say say nothing.

Almost from the outset of the Troubles loyalist paramilitary organisation have been riven with deadly feuds which left dozens of people dead. These have been between groups such as the UDA the UVF and the late Billy Wright’s Loyalist Volunteer Force (LVF).

Frequently there have been internal feuds between factions within each individual organisation. One of the bloodiest post-1998 Belfast Agreement feuds was in 2002-2003 between Johnny Adair’s C Company of the UDA on the Shankill and the rest of the UDA. During that bout of killings one of the most prominent victims was UDA leader John “Grug” Gregg, who previously was involved in a failed murder attempt on the life of Sinn Féin leader Gerry Adams.

That feud ended with Adair and his associates such as John White being forced to flee the Shankill for Scotland and England. The concern now is that another major UDA feud may erupt and on past experience they don’t end until a lot of blood is spilled.

Mr Boreland would have been a well known and feared figure within north Belfast. He was an associate of two former prominent north Belfast figures, Andre and Ihab Shoukri, who fell from grace within the organisation. He was imprisoned with Andre Shoukri on extortion charges.

Police are trying to determine what was the motivation for the murder of Mr Boreland, again with the emphasis that it was a fallout over internal power and control and who should run UDA criminal operations in north Belfast.

“It’s all about struggles for power in relation to controlling areas of activity,” explained a senior security source on Monday. “This isn’t about some huge disagreement over principle or strategy, or about how to protect the union, or to get representation at Stormont. This is just criminality and who is running which part of the criminal empire.”

This killing also raises questions about the authenticity of the loyalist ceasefires. But as it is compartmentalised into the area of criminality, and as it is within loyalism and not a sectarian murder, that seems to somehow confer it with a different connotation.

The source added that the trigger for the murder could be something “small-minded” or relatively trivial but for the PSNI the great worry is that those thinking about avenging the murder or even attacking some of Mr Boreland’s associates “have access to a great deal of weaponry”.

Currently, there is another internal UDA dispute in Carrickfergus on the outskirts of north Belfast, although this murder is understood not to be directly related to that particular feud.

There are also tensions between the UVF and one of the UDA factions in north Belfast. And while the main focus is on the speculation that this is an internal UDA dispute killing those UDA-UVF tensions partly explain why the police have placed possible UVF involvement as the second major line of inquiry into Mr Boreland’s murder.