Only half of doctors feel duty to report incompetence

Some 41 per cent of Irish doctors reported knowledge of unprofessionalism compared to 73 per cent in the UK, says report 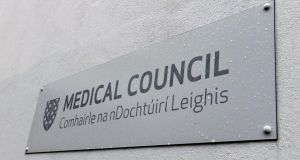 Irish doctors are far less likely than their UK counterparts to report to the authorities cases of incompetence or unprofessionalism among colleagues, new research for the Medical Council shows.

In a major survey of doctors’ attitudes, only 50 per cent of respondents said they agreed that they should report all instances of significantly impaired or incompetent colleagues to the relevant authorities. This compared to 59 per cent in the UK.

More starkly, only 41 per cent of doctors who had knowledge of such incompetence reported it, compared to 73 per cent in the UK. Some 36 per cent of Irish doctors dealt with the matter by speaking to the offending colleague - compared to 66 per cent of UK doctors - while 18 per cent (roughly the same as in the UK) simply stopped referring patients to him or her.

The report Talking About Good Professional Practice , which includes surveys of both doctors and patients conducted by independent pollsters, was published to coincide with the Medical Council’s Statement of Strategy for 2014-2018 .

The latter sets out a number of objectives for the agency including developing an effective and efficient register, maintaining the confidence of the public and the profession in its regulatory processes, and enhancing patient safety through research.

The patient survey recorded high levels of both trust and satisfaction in the medical profession despite recent controversies. Some 94 per cent of those surveyed last year rated their experiences with doctors as positive, while nine out of ten were also happy with the doctor’s communication skills.

However, the research suggested some of this trust was misplaced, with 77 per cent of patients expressing confidence their doctor would tell them if a mistake had been made. Just 63 per cent of doctors completely agreed that they should disclose all significant medical errors.

There was a similar divergence in perceptions about whether the authorities would be informed. Some 71 per cent of patients believed a doctor would report concerns about another doctor. However, only half of doctors said they agreed they should report all cases of such concern.

Reasons given for not reporting an impaired or incompetent colleague were a belief that the report would not result in any action (44 per cent), fear of retribution (25 per cent) and a belief that someone else was dealing with the problem (19 per cent).

Some 14 per cent of doctors said they had direct personal knowledge of a doctor who was impaired or incompetent to practice medicine in your hospital or practice in the last three years.

The survey showed doctors were the most trusted profession among 15 categories with 91 per cent of people saying they believed they generally told the truth. This was closely followed by teachers (88 per cent); with judges and the Garda ranking mid-table (both at 75 per cent); the man or woman “on the street” not far behind at 58 per cent; and trailing last journalists (42 per cent), business leaders (40 per cent) and TDs (18 per cent).

Also, on the positive side for the profession, 84 per cent of patients were confident their doctor would explain the side effects of medication. This was ahead of satisifaction ratings in other countries. In the UK, pollsters found only 58 per cent of people believed doctors properly explained medication side-effects, rising to 68 per cent in the US and 73 per cent in Australia.

Caroline Spillane, CEO of the Medical Council said one of its priorities for the next five years was developing a more effective way of handling complaints. While legislation was pending aimed at strengthening the regulatory environment, she said patients should not have to wait for this before improvements were made to how the health system dealt with errors.

Minister of State for Primary Care Alex White said he would “encourage doctors not to be reticent” when they they had knowledge of unprofessionalism. “It may be a culture has grown over the years where you don’t speak out and you don’t bring forward issues and gradually we have to change that but it can’t be done by a simple edict.”