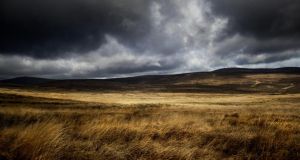 Fertiliser use may be pitting native plant species against exotic plants, according to a study involving researchers at Trinity College.

The study, published today in the Nature Communications journal, shows grassland plants are six times more likely to be dominated by “space-invading” species from other areas. When fertiliser is used, this dominance is even more exaggerated, with native species overshadowed by thriving non-native plants.

In Ireland, grasslands are essential to agricultural, food and tourism industries. Grassland plants are made up of native species as well as plants introduced from other areas, called exotic species.

These can be introduced on purpose for farming, or arrive accidentally on shoes, clothes and in seed mixes. Some exotic species, such as Japanese knotweed, can be damaging, said Yvonne Buckley, professor of zoology at Trinity College, part of the international research group.

Adding fertiliser to agricultural land is common practice to increase crop yield. In addition to farmers adding fertiliser, which mainly consists of the element nitrogen, there is also excess nitrogen continuously settling on grasslands from the atmosphere as a result of burning fossil fuels, Prof Buckley said.

“It’s long been known that fertiliser use over time reduces the variety of plant species, but what hasn’t been studied before was whether different groups of plants react in different ways. We replicated the same experiment in grasslands in 13 different countries all around the world,” she said.

“When we add fertiliser it causes competition between different plants, and what you expect to see is that some species grow tall and get all the sunlight so they thrive, while other species are left in the shadows and eventually die out. But what we found in this experiment, in all the countries, was that this competition effect played out as expected in native plant species, but the exotic plant species didn’t suffer. They all continued to grow equally well unlike the native plants.

“Over time, because some of the native plant species became extinct in the area after adding fertiliser, the exotic plants became even more dominant than before,” said Prof Buckley.

“The plant variety you want in a grassland area depends on the purpose of the land. We have to balance the land use between production, pollination and conservation. Exotic species are not necessarily bad because they can be important for pastureland and as crops,” she said. “But these results may be bad news for industries like tourism where it’s important to maintain native plant life”.

Prof Buckley and her team have now set up a research site in the Burren in Co Clare to see how different species interact in Ireland’s most ecologically-rich land area.