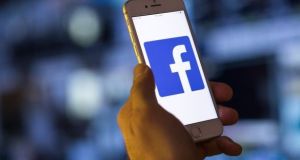 Sentencing the defendant on Tuesday, District Judge Peter King told him he didn’t need to re-iterate “how incredibly dangerous the posting of the video was. You could have had yourself on the end of a police taser, or worse”.

A pupil who posted a video on Facebook of him holding a gun and saying he was going to go and “shoot up” the school he attended at the time, sparked a police lockdown of students in Co Antrim, a court has heard.

He had pleaded to guilty to three charges of sending menacing messages via electronic communications in September 2016 but said he recorded the message on Facebook “as a joke” and he had no intention of shooting up the school.

He said the gun was a toy one he found in a neighbour’s garden.

One message he admitted sending stated: “Tryna figure out what to listen to before I go on my school shooting spree. Gotta make sure I pick the right song”.

Sentencing the defendant on Tuesday, District Judge Peter King told him he didn’t need to re-iterate “how incredibly dangerous the posting of the video was. You could have had yourself on the end of a police taser, or worse”.

He said such incidents are always treated extremely seriously and the amount of resources involving the school and police to deal with it “far outweighs a sick joke”.

The judge said there had been references to “firearms and mass shootings” and said the indecent images were so concerning that if the youth had been an adult he would have been jailed.

He made the defendant the subject of a Youth Conference Order. Under the terms of this order the boy has to write a letter of apology to the school principal and be supervised by the Youth Justice Agency for a year.

He also has to complete an education session with the PSNI Armed Response Unit and submit to a restriction from accessing the internet to be monitored by his mother and the Youth Justice Agency.

Prosecutor James Brady told the court that on September 12th 2016, pupils from Our Lady of Lourdes School in Ballymoney alerted teachers that the youth had shared on social media an image of him with a gun and the defendant was saying he was listening to his favourite music “before I go and shoot up the school”.

Police were alerted and the school put on lockdown with pupils not allowed out.

It was established the defendant was not at school nor had he been on the school bus and police rushed to his home where they arrested him. Officers seized a “silver cowboy style pistol”.

The defendant told police he recorded the message on Facebook “as a joke”.

Police examined laptops and found the boy was a fan of Marilyn Manson music and there were also references to firearms and mass school shootings.

Indecent images of children were also found on a laptop including two deemed to be in the most serious category.

The teenager told police a video of him with guns was “part of an art project”.

Defence barrister Stephen Mooney accepted it was a “uniquely troubling and alarming” case.

The lawyer said that since 2016 the boy had been on stringent bail conditions including a prohibition on accessing the internet.

The lawyer acknowledged the distress the incident caused at the school but added: “This was a disgraceful piece of humour on his behalf, nothing more than that”.

The lawyer also said the court should take into account the boy was only 15 at the time of the offences and had pleaded guilty.