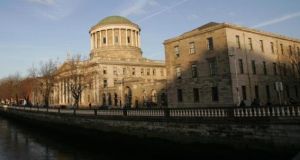 The Supreme Court has ordered a total recount of votes cast in the May 2014 local elections for the Listowel electoral area of North Kerry.

The Supreme Court, in a judgment with implications for the conduct of future elections, has ordered a total recount of votes cast in the May 2014 local elections for the Listowel electoral area of North Kerry.

All five judges unanimously upheld former Senator Dan Kiely’s claim there was a “mistake” in the conduct of the local election within the meaning of the relevant provision of the Local Elections (Petitions and Disqualifications) Act 1974 such as rendered it unlawful.

The mistake arose from the inclusion in the count of votes which contained a sequence of numbers not starting with the number ‘1’.

In his judgment, with which the majority court agreed, Mr Justice Frank Clarke ordered all votes containing a sequence of numbers not beginning with ‘1’ must be excluded from the recount.

That recount should be a full count from the beginning, including re-examination of the validity of all ballots and re-mixing of the ballot papers, he said.

The core issue in the case was whether a 3-4-5 marked on a ballot paper, in the absence of any marking of a number ‘1’ preference, can be deemed a valid vote in an election.

The issue arises because of a phenomenon noted by election observers where, on days when there is more than one election, many people cast their 1st and 2nd preference on one ballot paper, before putting their third, fourth and fifth preferences on the other ballot paper.

In Mr Kiely’s case, the local elections took place on the same day as the elections for the European Parliament and the deputy returning officer included ballot papers containing a sequence of numbers not starting with ‘1’ in the count.

A Memorandum of Guidance for Local Authority Returning Officers states returning officers are entitled, on multiple election days, to accept as valid and admit to the count ballot papers containing the series of numbers 3,4,5, etc even when the instructions on the ballot paper say write the number one beside the candidate of your first choice.

Kerry County Council submitted the disputed sequence was capable of being interpreted as giving a first preference to a candidate against whose name the number 3 was written.

All five Supreme Court judges ruled the inclusion of votes containing a sequence of numbers not including the number ‘1’ amounted to a mistake under Section 5 of the 1974 Act.

In his judgment, Mr Justice William McKechnie said the Memorandum of Guidance for returning Officers referred to has no statutory foundation and itself states it does not purport to give a definitive statement of the law on any point This meant its advices must yield to the primary legislation - the 1974 Act - and particularly the Regulations made under that Act.

The majority court also held Mr Kiely had discharged the burden of proof entitling him to a recount under Section 8 of the 1974 Act.

That test requires, when a person challenging an election result establishes there was a “mistake” within the meaning of Section 5, they must produce sufficient evidence to establish it was reasonably possible or likely the mistake affected the result of the election.

Mr Justice McKechnie noted there appeared to be 57 “doubtful” votes at issue here but it was not possible to establish exactly how many of those contained the disputed sequencing of numbers. Because Mr Kiely lost out by just two votes, the majority court considered he was entitled to a recount.

Mr Justice Clarke, applying the legal tests set by the Supreme Court in its judgment on Joanna Jordan’s failed challenge to the Children’s Referendum result, said it was reasonably possible the inclusion or exclusion of the contested votes might have affected the result.

Mr Justice Charleton, in dissenting on the recount issue, said Mr Kiely had not discharged the burden of proof necessary for a recount. Mr Kiley could have sought an order to inspect the votes but did not do so, the judge said.

He believed the court needed to see those votes before it could proceed to order a recount, the judge added.

Mr Kiely, a former Fianna Fail politician, contested the May 2014 local elections as an Independent, but narrowly lost out to a Fine Gael candidate for the last seat.

They were two of the 15 candidates contesting the Listowel Electoral Area where seven seats were up for grabs on Kerry County Council. A recount did not change the result.

Mr Kiely later brought a petition to the Circuit Court against Kerry County Council challenging the result but his petition was dismissed and the matter was later referred to the Supreme Court on grounds it raised legal issues of public importance.

All other candidates who contested the election in the Listowel area were notice parties to the action.