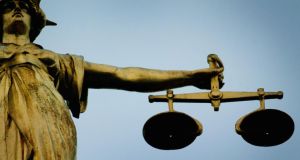 A teenage girl who was subjected to physical and verbal sexual harassment at work has received the maximum award of two years’ salary from the Equality Tribunal.

The girl, known only as Ms A, was harassed by two of her supervisors, one of whom attempted to push her legs apart at a staff party.

Her employer, a multinational retail chain, must pay her €29,756 – two years’ salary – for the harassment which began when she joined the firm as a 17-year-old. The retailer was not identified in the ruling issued yesterday.

She started work in June 2008 and was told not to speak to her mother, who worked in the same Dublin store. She alleged that two supervisors started making inappropriate sexual remarks to her.

Taunting
She alleged that the two supervisors taunted her at work by asking whether she was a virgin and whether or not she was performing oral sex. They also told her mother that her daughter would come home pregnant from her holidays.

The teenager said she felt “violated, sick, stressed and scared” after the incident at the staff party in January 2010. The perpetrator was demoted and has not been promoted since. He still works as a customer adviser for the retailer.

She eventually resigned in October 2010 after a prolonged absence from work. In a judgment issued yesterday, equality officer Stephen Bonnlander found that while her employer had investigated the incidents of sexual harassment properly, it should have moved her supervisor to another store.

Mr Bonnlander was satisfied that the woman had given her employer ample time to address her concerns so she could return to work, but the retailer had failed to do so.

He found that the retailer did discriminate against her by not preventing her sexual harassment and ordered that her award not be subject to tax.

Medical condition
In a separate case the HSE has been ordered to pay one of its medical secretaries €70,000 in compensation for failing to accommodate her need to cope with a debilitating bowel condition in the workplace.

The woman joined the HSE West in April 2001 and was diagnosed with Irritable Bowel Syndrome in 2004. She worked in an office which was next to a toilet. However, she was transferred to another office in July 2007, in which the toilet was more difficult to access.

Equality officer Marian Duffy found the woman had been discriminated against on the grounds of disability. She ordered the HSE West to provide her with a single occupancy office near toilet facilities.