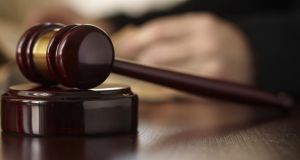 ‘The courts alone are not the answer to the problems of vulnerable families. Society as a whole must take responsibility for supporting them so that taking children into care is a last resort – albeit one that is necessary in certain circumstances.’ Photograph: Getty Images

There are many complex issues involved in child protection. Difficult judgments have to be made between competing rights and sometimes tragic consequences can flow from a judgment that, with the benefit of hindsight, looks as if it might have been mistaken.

The second Interim Report from the Child Care Law Reporting Project, published today, demonstrates the kind of issues that arise. In it we publish statistics collected from our attendance at District Court child care proceedings around the country during the last legal year.

These showed that one in four of the child care cases in the courts involve at least one parent from an ethnic minority (including Travellers). One in six of them have a parent suffering from cognitive impairment or mental illness. The vast majority of the parents are single or separated and parenting alone. Nearly one in three of the children has special needs.

The data we collected included the reason the Child and Family Agency (previously the HSE) made an application for a care order (interim or long-term) or a supervision order; the ethnic background, marital and health status of the parent or parents; the number of children and whether they had special needs; whether they had guardians ad litem to represent their views and best interests; the length and outcome of the hearing and the kind of care the children went to.

The media have been reporting some of these cases since the amendment of the law permitting media reporting last January, and we have been publishing tranches of 25 or 30 reports on our website four times a year since the end of the 2012, so these cases are no longer shrouded in mystery. But what no individual case can convey is the scale of the vulnerability of so many parents and families.

Most of the cases concern parents who are vulnerable because of a mental or cognitive disability, drugs or alcohol abuse, and who are socially isolated, with little support from their extended family or community.

Almost invariably they are poor, surviving on social welfare. This in itself puts strains on parenting. If poverty is combined with a cognitive impairment or mental illness on the part of the parents (the vast majority of whom are parenting alone) and they have a child with special needs the situation can quickly unravel and the child will be at risk of neglect or, sometimes, abuse.

This underlines the importance of the early identification of such families and appropriate and targeted intervention. There needs to be integration of mental health services with child welfare services, despite the fact that they are now the responsibility of separate agencies.

We were surprised to find the high proportion of children in child care proceedings who had parents from ethnic minorities.

Seven per cent are from Europe, almost exclusively from the new EU member states. More than 5 per cent are African, but these are concentrated in Dublin, where they account for almost 12 per cent, as against 2.5 per cent of Africans in the population of the State as a whole.

The disproportionate representation of non-Irish parents in the child care courts makes an urgent case for a renewed focus on integration policies, ensuring that those coming to our shores understand what is expected of them as parents. Social workers need intensive training in dealing with cultural difference to minimise the risk of care proceedings arising from misunderstandings.

The number of children from ethnic minorities also poses challenges for the fostering service.

This year two-thirds of the cases we examined were in courts outside Dublin, and we found significant variations between courts in the numbers of cases dealt with, the thresholds that triggered proceedings being taken, the types of orders favoured, whether they were granted and whether guardians ad litem were involved. But above all we saw that some courts are overwhelmed by the sheer volume of cases they have to deal with.

If the orders are not consented to, it is just not possible for child care cases to receive the attention they need and deserve. When there is a contest the case can face repeated adjournments spread over many months. These cases alone make a compelling case for the establishment of a special family court as soon as possible.

But the courts alone are not the answer to the problems of vulnerable families. Society as a whole must take responsibility for supporting them so that taking children into care is a last resort – albeit one that is necessary in certain circumstances. Carol Coulter is director of the Child Care Law Reporting Project. She is former legal affairs editor of The Irish Times