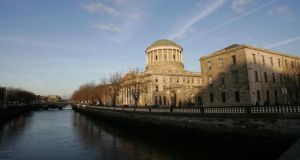 Mr Justice Donal O’Donnell said the appellants accepted it was permitted to use panel members for some purposes in determining applications under the Refugee Act 1996. File photograph: Bryan O’Brien

The Supreme Court has upheld a significant finding that the practice of using a panel of independent contractors to assist in processing applications for international protection is lawful.

The five-judge court’s unanimous decision on Friday was given on a number of appeals following the High Court’s rejection of challenges to the use of the panel comprising self-employed barristers.

The appeals were by an Albanian mother and her two children who were refused asylum; an Albanian man who failed to get asylum or subsidiary protection and a Brazilian man also refused protection.

The mother and children alleged the Refugee Applications Commissioner (RAC) had unlawfully outsourced consideration of their asylum applications to outside contractors.

It was claimed the outsourcing process in place since 2015 meant the only investigation of whether to recommend they get asylum was by an outside contractor drawn from a panel of law graduates in breach of the Refugee Act 1996.

The statutory function of the RAC was effectively being performed, not by a member of the staff of the RAC but by the panel member, it was submitted.

In their case, the panel member who interviewed them had provided a summary of draft findings in a draft report recommending refusal of their applications.

The Albanian and Brazilian man made similar claims concerning the new statutory procedure under the International Protection Act for deciding asylum and protection applications.

Giving the Supreme Court judgment, Mr Justice Donal O’Donnell said the appellants accepted it was permitted to use panel members for some purposes in determining applications under the Refugee Act 1996 and the International Protection Act 2015 but they argued the practice adopted had exceeded lawful authority in each case.

In the case of the mother and children, he said the interview between the panel member and the applicant is “carefully structured” and the role of interviewer is defined.

The interviewer is required to elicit responses to a series of questions and is not at large as to how that should be conducted or as to what other matters may be investigated.

It also made sense that an interviewer could be usefully employment in assessment of a claim.

The respondent evidence was that a panel member cannot act independently outside the control and direction of ORAC staff and, “crucially”, cannot make any decided findings on any investigation.

The statutory background was, “if anything, more accommodating” to the panel member system than the 1996 Act. This was because, as well as expressly contemplating employment of persons under contract for services to assist the Minister, the statutory obligation was to conduct an “examination” of the application rather than an investigation. It would, if anything, be more difficult to contend the process described in the detailed application sworn on behalf of the respondents did not amount to an “examination” of the application by the relevant International Protection Officer.

The Brazilian man’s appeal must be rejected for the same reasons, he ruled.