Boy who fractured leg in play area gets €65k settlement 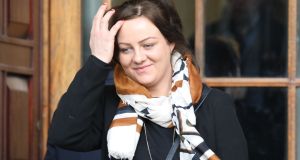 Jamie Cummins was aged three when he fractured his right thigh bone in the fall as he climbed steps to access the mid-level of a three tier play and slide area at Wexford Playzone.

The boy was climbing the leatherette covered steps ahead of his mother when he fell down an opening and then down a series of climbing steps to the ground.

He was taken to hospital and a fracture of his right thigh was diagnosed.

The High Court heard liability was at issue in the case. The boy had attended the playzone with his parents and sister.

His mother, the court was told, was right behind her son and arrived at the top behind him.

The mother was assisting the boy’s sister to come up the final step when the accident happened.

Approving the settlement, Mr Justice Garrett Simons noted liability was at issue in the case and he was satisfied to rule the matter as proposed.