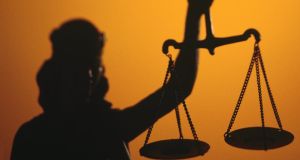 A 76-year-old woman is suing the Gleneagle hotel in Killarney for negligence after a fall on the well-known ballroom floor in which “the feet went from under her,” a court in Killarney was told.

Eileen Britton from Cloncleigh, Twomileborris in Thurles, claims dancing powder had been spread on the floor. She sustained a double fracture of her left wrist and, as she is left-handed, it had a serious impact on her, said barrister Clodagh Brick in the Circuit Civil Court.

The Gleneagle dance floor was one of the finest dance floors in the country, the court heard, and it was the first time anyone had sued the Killarney hotel for a slip on the maple floor.

The hotel of Mill Road, Killarney, is contesting the action and says it is against hotel policy to shake dancing powder on the floor.

The case was “ unusual”, Judge James O’Donohoe said after a number of hours of evidence. He has deferred judgement to next week.

Ms Britton claims that on November 28th, 2009, she suddenly slipped as she left the ballroom floor in the Mangerton Suite.

Ms Britton had been wearing her three-inch dancing shoes which she normally wore. She had not been drinking.