Appeal against ruling on children taken into care withdrawn 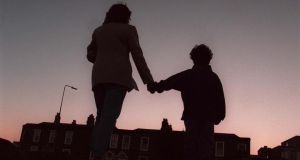 The HSE had appealed Ms Justice Iseult O’Malley’s decision on legal issues which arose after a mother’s lawyers asked the District Court for costs against the HSE of proceedings which ultimately resulted in her children being returned to her care. File Photograph: Paddy Whelan/The Irish Times

The HSE has withdrawn its Supreme Court appeal against a significant ruling that an impoverished mother whose children were taken into care has the same right as a wealthy individual to hire private lawyers, rather than seek legal aid, in an effort to get her children back.

The HSE, which previously said the High Court ruling has “catastrophic” costs implications for the public finances, has indicated it may pursue, in an appropriate case, arguments that costs orders should almost never be made against it in cases concerning the welfare of children.

The Chief Justice, Ms Justice Susan Denham, also granted an application by John Rogers SC, with Margaret Farrelly BL, for the mother, for costs of the appeal against the HSE. The HSE had appealed Ms Justice Iseult O’Malley’s decision on legal issues which arose after the mother’s lawyers asked the District Court for costs against the HSE of proceedings which ultimately resulted in her children being returned to her care.

The HSE secured an ex parte (one side only represented) emergency care order at a District Court hearing in late April 2011 which the mother had no notice of.  She was notified the HSE would be seeking an interim care order in early May 2011 when she attended court, represented by Eamon Bennett Solicitors, which represented her at nine more hearings before a final supervision order expired in March 2012.

In April 2013, Ms Justice O’Malley ruled the District Court cannot take into account that the mother may have been entitled to legal aid. She also found no statutory basis for the HSE’s claim there is a legislative policy that costs should generally not be awarded against the HSE in child care proceedings. From the Civil Legal Aid Act, the contrary appeared to be the case, she said.

The mother was entitled to choose her own lawyer, was not obliged to apply for legal aid and her eligibility for legal aid, whether established or presumed, had no bearing on her entitlement to seek her costs against the HSE, the judge ruled.

The HSE and Attorney General appeared to oppose the mother’s claim for costs of the District Court child care proceedings on the basis of her being poor, the judge added. Such arguments effectively meant persons of limited means would have to justify their choice of lawyer in a way wealthier people would not despite, or because of, the fact they were not seeking State assistance.

While an inquiry into a person’s means might be justified where they did seek legal aid, there was “no justification for such an intrusive process” when a person did not see legal aid, she said.

The appeal against those findings opened today before a five-judge court which heard that, since the High Court ruling, the District Court had granted the mother’s lawyers their costs. That costs order, plus 24 similar orders made in other cases, have been appealed by the HSE to the Circuit Court.

At the outset of the appeal, several of the Supreme Court judges made clear the issues before the court were confined to the particular facts of this case and there was no factual basis for the claims by the HSE concerning the mother’s entitlement to legal aid, including no evidence before the District Court the mother would have qualified for legal aid.

Mr Justice Adrian Hardiman remarked this appeal was being run at public expense, but the issue the HSE wanted decided was not set out in the case stated from the District Court.

After those interventions, counsel for the HSE asked for, and secured, a short time to take instructions, following which the appeal was withdrawn.