Problems with health services and lack of garda training highlighted 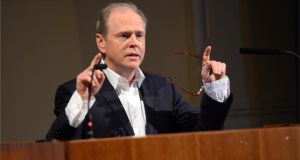 Alcohol, mental illness and bullying are factors contributing to suicides among young people, a report has shown. Almost two-thirds of the 104 people involved in the study who committed suicide had been been diagnosed with a mental illness and 51 had abused alcohol within the 12 months before the death.

Almost 40 per cent of the 36 cases involving people who died under the age of 21 had experienced bullying or an assault in the six months before the suicide.

The report involves interview with families after a suicide and was carried out by Prof Kevin Malone, of UCD’s school of medicine and St Vincent’s Hospital, and funded by the charity 3Ts (Turn the Tide of Suicide).

The study showed problems people who went on to commit suicide had with the health services and gardaí. Some families said their relatives had been sent home from emergency departments without being admitted to hospital for treatment. Others said they were turned away after being told the hospital was not in their catchment area. Some families said gardaí did not seem trained to deal with situations after a suicide with one family reporting they “ended up consoling the young garda”.

The report also highlights that up to 50 per cent of suicides involving people under 18 may be part of clusters or couplets, where more than one suicide takes place in an area within a short time. “A young suicide death is a very powerful and destabilising social force,” said Prof Malone. “We have to place cluster-busting in our suicide prevention agenda. We need a national, year-round real-time early-warning system - it can’t just be in schools, as several of these young suicide deaths occur in kids who have left the school system.”