In this week's travel news, selfie sticks top the poll of most annoying travel habits and New York restaurants try to take on tipping 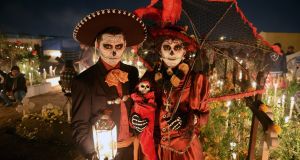 A couple disguised as dead poses at San Jeronimo Chicahualco cemetery in Metepec, Mexico during the commemoration of the Day of the dead. Photograph: Mario Vazquez/AFP/Getty Images

Ireland may be the Halloween heartland - Derry was recently voted in a USA Today poll the best place in the world to get spooky - but should you want to sample Samhain somewhere else, here are five destinations that put on a good scare:

Kutna Hora, Czech Republic
This medieval city an hour south of Prague by train doesn’t celebrate Halloween, but in the Sedlec Ossuary (Zamecka 127; ossuary.eu) it might have the creepiest attraction of all. The ‘bone church,’ carved in 1870 from the bones of 40,000 people piled in the crypt of the Sedlec Monastery, includes skull garlands hanging from the ceiling and a chandelier made human bones.

London
Grey, foggy evenings and a Jack the Ripper guided walk (jacktheripperwalk.com) by crime historian Donald Rumbelow; an after-dark ghost walk (london-ghost-walk.co.uk); and a visit to the London Dungeons (thedungeons.com) are just some of the activities that can get you into the Halloween mood. There’s also an hour-long after-dark carriage tour of Richmond Park that’s pretty creepy.

Mexico
El Día de los Muertos (the Day of the Dead) is second only to Christmas on the Mexican calendar. Festivities run from October 31st until November 2nd in villages across the country. Cemetery parades, sacrificial altars and candles are all part of it. Oaxaca, Mixquic (southwest of Mexico City) and Pátzcuaro in Michoacán have especially vibrant festivals.

Salem, Massachusetts
Nothing like a history of witch trials to set the right tone for Halloween. The Festival of the Dead (festivalofthedead.com) runs for the month of October and includes a psychic fair and witchcraft expo. The festival culminates with the summoning of the spirits at the Witches’ Halloween Ball.

Sleepy Hollow, New York
Haunted hayrides and lantern tours of the cemetery are just some features of the month-long festival (visitsleepyhollow.com) where Washington Irving introduced such unforgettable characters as the Headless Horseman. You can also visit the Gothic Revival Lyndhurst Castle (lyndhurst.org). 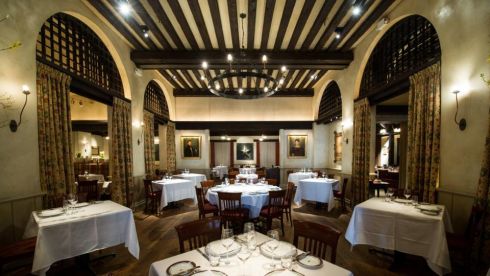 Tipping in New York restaurants may soon come to an end as a powerful restaurant group has announced a ban. The Union Square Hospitality Group, the force behind some of the city’s most important restaurants including Gramercy Tavern and Union Square Cafe, will eliminate tipping at its 13 full-service restaurants from November, beginning with The Modern in the Museum of Modern Art. It is opting for a European-style, service-inclusive, billing system - which means prices will rise to make up the shortfall. New York’s tipping culture - which earns waiters up to 20 per cent of the bill - has been bucked by individual restaurants, but this is the first time a major group will institute a zero gratuity policy.

Cure what ales you

The hotel has teamed up with the Beer Spa Bernard, which offers treatments originating in the Middle Ages, such as the Beer Pearl Bath, where guests soak in the local brew (minus the barley, so as to avoid any potential allergic reaction). Each treatment is preceded and followed by the drinking of beer, so you can enjoy its other benefits too.

The Beer Experience Package starts at €182 per night, and includes B&B accommodation in a superior room. For more information, see corinthia.com. 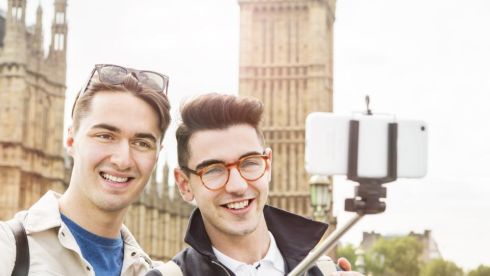 The selfie stick may be one of the 25 greatest inventions of all time (according to Time magazine) but travellers see it as a pestilence. Travel-dating website Miss Travel (misstravel.com) asked its 500,000 members for their pet travel peeves and 42 per cent put the selfie stick at the top of their list. Not surprising, given that in the last six months a host of museums, art galleries, airports and even some train stations have banned them.

Miss Travel chief executive Brandon Wade tried to put a gentle spin on it: “Although you may have good intentions, carrying a selfie stick around could be seen as a sign of narcissism and self-absorption by your travel companion.”

The other bugbears on the list included hogging overhead compartments (17 per cent); using an iPad to take photographs (12 per cent); being obsessed by social media (12 per cent); and bringing smelly food on flights (7 per cent).

Photo editing on the fly

A new app is being developed that will have the unique capacity to remove unwanted people and objects from your holiday snaps - as you’re taking them.

Monument Mode by Adobe has an algorithm that analyses what is moving in a shot and what isn’t, allowing you to quickly edit out those pesky tourists ruining the perfect picture.

The only issue is that in order for the app to work the phone has to be perfectly still, which means it needs to be mounted on a tripod.

The app will be made available to the public in the next couple of months.

Brook Lodge (brooklodge.com) in Macreddin is hosting Wild & Wicklow’s 20th Wild Foods Dinner on November 21st and is offering a one-night package for €160pps that includes B&B, dinner and a masterclass in foraging.

Clontarf Castle Hotel (clontarfcastle.ie) has a two-night B&B break for two for €420 including dinner and tickets for a Dublin Bay cruise. Until November 15th.

The Dozgchen Beara Buddhist Retreat Centre (dzogchenbeara.org) in Ailihies, Co Cork has a two-night self-catering deal for up to six people for €200. Until December 28th. 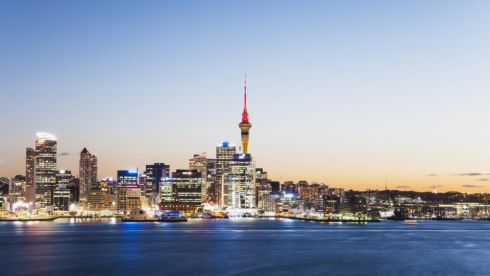