The roots and traditions of the South Korean capital run rich and deep, as does its welcome for strangers 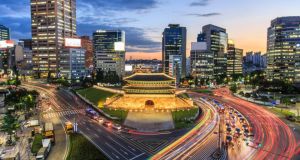 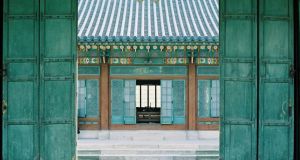 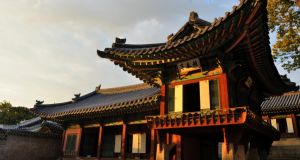 I have just arrived in South Korea’s capital and the scale of the city from the luxurious Park Hyatt is truly electrifying, banishing any jet lag with a powerful zap of wonder.

This megacity is officially called Seoul Special City and its greater reach, Seoul Capital Area. The former is said to have a population of about 10 million, with latter metropolitan region reckoned to be home to 25 million people, making it the second largest globally after Tokyo.

Banks of towering apartment blocks and business skyscrapers roll off in seismic waves, undulating as far as the eye can see. Cutting through the middle, the mighty Han river or Hangang ribbons a broad swathe of dark, a momentary natural break in the thrilling urbanscape.

For many of us in the West, South Korea – more particularly Seoul – swept into our orbit in 1988 with the summer Olympics. It was something of a watershed for the country, an economic springboard and validation for its people. The Olympic Stadium is still a landmark, as is Seoul’s World Cup Stadium from 2002, a competition we largely remember for the infamous Saipan incident. But I won’t be going there: those civil war wounds are painfully deep.

More recently, the cultural tsunami that is K-Pop (that’s Korean pop, daddy-o) flung Psy with his monstrously addictive Gangnam Style video into our mainstream. The Park Hyatt sits in Gangnam, which means “south of the river”, and the upmarket, glossy style that the song celebrates and parodies is quickly evident.

The view from the immaculate hotel lobby is frankly breathtaking. Well, we are on the 24th floor, with the vast metropolis of Seoul spread out in all directions, framed through floor-to-ceiling glass walls.

This area is buzzing and the locals friendly and open – this is their default mode. I wander into COEX, the world’s largest underground shopping mall, featuring every sort of leading brand along with lots of unfamiliar and intriguing retail. Plenty of restaurants, too, and I tuck into my first taste of jeongol, a delicious spicy broth you cook yourself at the table on gas burners, with thinly sliced meats, fresh vegetables and exotic funghi, and served with lots of sides, including the ever present spicy kimchi.

Flavours apart, straight away there is another distinction from Chinese or Japanese eating. The chopsticks are metal – often stainless steel, but also brass, aluminium or even silver – and narrower and shorter than we would be familiar with.

Next morning it is a very early start, no chore as I’m excited to visit the DMZ – the Demilitarised Zone – on the border with North Korea. It is formally the Democratic People’s Republic of Korea, a name that’s pure Orwellian doublethink.

The DMZ is a 2km buffer zone on each side of the partition line, controlled by Korea’s two parts, along with the US and United Nations, and running right across the peninsula for about 250km. It is the rump of unresolved geopolitical aggression from the Cold War.

In short, Russian-Chinese-supported North Korea under Kim Il-sung (whose grandson is ruling the roost now) invaded the US-backed South in 1950. The bloody three-year Korean War that ensued eventually resolved into an equilibrium at the original partition line again, roughly along the 38th parallel – but here’s the kicker, there was no truce or treaty. It is only an armistice: the war is simply on hold since 1953.

Trips to the DMZ are easily organised from Seoul, although it is all a bit surreal, like booking a day trip to a war waiting to happen and a tourist attraction rolled up in one. We’re briefed on the strict dress and behaviour code. No sandals. No shorts. No gesturing to North Korean soldiers. No photographs except when told. It was hard to take seriously and yet, deadly serious on the part of our friendly guide.

The drive takes less than an hour. We soon see the hills in North Korea are stripped bare of vegetation and are told it has all been used as fuel because of desperate shortages. South Koreans believe that their “brothers and sisters” in the North are in dire straits, famine-stricken.

We lunch at Imjingak, where, despite a rather bizarre funfair, there is a touching memorial for the dispersed families whose relatives have been stranded out of reach in North Korea.

There is a plaintive power to the closed- off Unification Bridge here, where South Koreans tie ribbons and other personal mementos as a sort of shrine to a reunified nation.

Next stop is Panmunjeom, or the Joint Security Area, right on the divide. We transfer to military-controlled buses and our passports are checked by soldiers as we pass anti-tank traps on a narrow road that tiptoes between land mined fields.

Three blue huts straddle the border, looking for all the world like temporary classrooms of a primary school somewhere. This is where the North and South hold meetings under UN auspices. There is a perpetual staring match between very sharply uniformed and sunglassed South Korean military and their less dapper Northern counterparts across the way.

We shuffle into the middle hut, its conference table bisected by the Demarcation Line, with a door out into North Korea on the opposite end, the rabbit hole to a wonderland. I can literally put a foot in both camps and have a selfie-op with the impassive guard. It is fascinating and baffling in equal measure.

Seoul’s roots lie in prehistoric times and it has had many masters. The longest unbroken stretch was under the Joseon dynasty, which ruled for 27 generations from 1392. Its heritage is seen in five magical grand palaces in the royal quarter.

The second oldest, Changdeokgung, is a World Heritage Site dating from 1405. A magnificent gateway with ornately painted beams and curving, fluid-tiled roof gives a taster for the treats beyond.

Changdeokgung is particularly beloved for its Secret Garden; I follow a guided walk winding round the 72-acre bucolic paradise, with its lotus ponds and exquisite pavilions. No wonder a young bride and groom join us in traditional wedding costumes to take their photos against the garden’s delights.

A few days earlier I joined a popular weekend pilgrimage for Seoul inhabitants: trekking up Mount Namsan to climb N Seoul Tower. I cheat as time is our enemy and catch a ride up, zigzagging past throngs of family and friends in the latest gear to the soaring communications tower at the summit with its 360-degree observation deck.

Romance is in the air, too, as it is a regular date for young couples leaving tens of thousands of colourful padlocks clipped to the tower’s fences to mark their commitment.

Seoul food (eh, sorry) is fabulous, whether it’s scrumptious freshly-made mandu (dumplings) in Gwangjang market sitting next to a local eating still-wriggling octopus tentacles or the sublime presentation of Si Wha Dam, a leader among a new generation of restaurants, where I enjoy one of my most spectacular meals ever. Each course is literally a work of art and the flavours, sensational.

Chicken in the Kitchen, made famous by Britain’s Hairy Bikers, is different again, a favourite venue for Seoul’s hipster generation, with craft beers and baskets of unbelievably good beer-fried chicken to share. Eclectic boutiques and stalls fill the neighbourhood around it beneath the noisy chatter of mysterious neon signs.

Back at the hotel, which is hosting a sparkling party with a veritable who’s who of Seoul’s celebrity strata, it is the event’s backdrop out the windows that leaves me spellbound. At night, the city expresses a different persona, that of sci-fi megalopolis, as if Ridley Scott is in charge of urban planning and Blade Runner simply his visualisation tool. Huge TV screens beam out silently from the tops of skyscrapers, while the kilometre-wide Han is criss-crossed by 27 bridges, some with five or six lanes each way of blazing red and white streams.

En route to Incheon Airport on my way home, in contrast, I have the chance to visit the idyllic Jeondeoung-sa Temple, the oldest Korean Buddhist temple, founded back in 381. Monk Ildae is the model of soothing serenity as he pours tea and discusses all manner of practical and spiritual matters.

Temple stays can be arranged with overnights to immerse you in the meditative rituals here. I get to ring the heavy ceremonial brahma bell marking dusk as the light also comes down on my own time in Seoul, regrettably.

This is an astonishing dynamo of a city, one that is charged to its current starry economic heights and scale in a little over half a century – and it is spinning faster still. But its roots and traditions run rich and deep, as does its welcome for strangers. Seoul is indeed a very special city.