The ups and downs of bisexuality: ‘I wonder where I belong’

We may not think we know bisexual people, but we all do: they simply haven’t revealed themselves to you, for many reasons 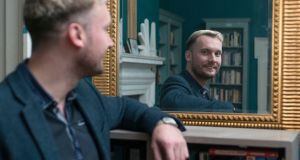 Darren Byrne, who is bisexual, and in a long-term relationship with a man. Photograph: Dave Meehan 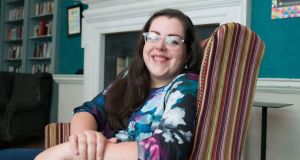 Bella FitzPatrick, who is bisexual, and married to a man. Photograph: Dave Meehan

“The worst types are the bisexuals. . . people not wanting to admit they’re gay.” Those were the words of actor and TV presenter Christopher Biggins on Celebrity Big Brother earlier this year.

Biggins is gay and in a civil partnership, but his comments are typical of how both the gay community and straight people often see bisexuality.

This summer, Burning Issues 2, a new report from the National LGBT Federation, surveyed more than 2,600 people from the LGBT community and found while 64 per cent of gay men and 50 per cent of lesbians feel it is easy to be out, only 24 per cent of bisexual people do. Why is this?

Darren Byrne (35) marched with the Bi+ Ireland group at Galway Pride last August. He was in a relationship with a woman for nine years during his 20s. During that time, his partner was fully aware of his bisexuality. He has been with his current partner, a man, for about two years.

“I never struggled with my sexuality,” says Byrne. “Growing up, I was called a fag, a poof, a queer. By the time I realised what those words actually meant, I understood that I liked guys and girls, and wondered why they didn’t call me what I actually was. I kissed my first girl when I was 16 and my first guy a week later.”

“When I was with a woman, I never felt I was denying myself or missing out on gay culture, but it didn’t really make sense to tell people I was bisexual. I fell in love with my girlfriend; I could have been with her forever. We may not think we know bisexual people, but we all do: they simply haven’t revealed themselves to you, for many reasons. Some of them are in happy, heterosexual relationships, and some of them are people you know as gay. I suspect that many stay in heterosexual relationships because it’s easier.”

Indeed, Byrne and I both know people, identifying as gay, who are quietly having sexual or romantic relationships with the opposite sex. One gay man tells me that a bisexual man he recently slept with is generally more attracted to women, but that it’s easier to have casual sex with men. One female reader says that she enjoys sex with men but prefers to sleep with women; however, she’s not that keen on being in a relationship with a woman and does not feel that she is bisexual.

While bisexual men are often accused of pretending not to be gay; bisexual women are often accused of just trying to be fashionable. Bella FitzPatrick (26) started to come out as bisexual when she was just nine. In the intervening years, she fluctuated between identifying as gay, straight and bi. “I went to Newpark in Co Dublin, and it’s about as liberal a school as you can get. I felt I didn’t fit in with the gay students or the straight students. To this day, I sometimes wonder where I belong.”

FitzPatrick married a man last year, but she knows of several bisexual people – primarily those in same-sex relationships – where their orientation is a problem for their partner.

The LGBTI Ireland Report, a national study of the mental health and wellbeing of lesbian, gay, bisexual, transgender and intersex people, found that more than 65 per cent of bisexual people had considered suicide compared with 56 per cent of lesbian woman and 52 per cent of gay men. A recent survey of 20,000 people across 2,000 UK workplaces found that bisexual men earn, on average, 30 per cent less than their gay or straight colleagues, male or female.

Fitzpatrick says she has experienced biphobia from gay and straight people. “‘No, you’re not bi, you’re just trying to be cool’. ‘How many women have you slept with?’ I was almost pulling out pie charts to justify my existence before I started to tell them to mind their own business. I’m not asking for your permission to be bisexual. I am telling you that I am bisexual.”

Bisexual figures are rarely seen on screen, but this is slowly changing. US comedy hit Crazy Ex-Girlfriend has a well-rounded bisexual in the form of middle-aged character Darryl; the character of Ilana in another US comedy, Broad City, is casually attracted to men and women without it being a major plot point or source of angst; Ryan Reynold’s character in superhero film Deadpool is attracted to men and women. Here, despite the opportunities for interesting stories, Yvonne from Fair City and Robert in Emmerdale (one-half of the much loved couple Aaron and Robert, known to fans as “Robron”) are rare representations on UK and Irish screens.

There’s a perception that bisexual people cannot be faithful. “If you’re in a trusting relationship, cheating or fear of cheating should not be an issue; if it is, there is something fundamentally wrong with the relationship anyway,” says Byrne. FitzPatrick adds that most married people will occasionally miss being with others, but it’s an easy price to pay when you love your partner.

Ronan Watters is a 43-year-old man from Westmeath. He has been with his partner, a woman, for more than 15 years. He came out as bisexual when he was 19 and has spent much of his working life working in gay men’s health projects. “It’s harder for people to throw the usual accusations at me when I’m so immersed in the LGBT politics and activism. That said, I suspect I’m sometimes considered to be a ‘genuine bisexual’ whereas others are seen as straight or likely to cheat on their wives.”

All the people who spoke for this article acknowledge that some gay people have identified as bisexual for a while – almost as a way of testing the waters – before coming out as gay (including this writer, for about three days, when I was 17). But, they say, this is because of homophobia: it doesn’t mean that we should disbelieve people who identify as bisexual, and stigmatised minorities would ideally not further stigmatise people within their own community.

“Homophobes might also feel that bisexual people might be harder to spot,” says Watters. “It does seem to be more hurtful for bisexual people when they hear negative comments from gay or lesbian people, because while we expect homophobia from general society, we can have guards and protections for ourselves. But it catches you off guard when you hear it from a gay man or a lesbian; it gets under your skin more, especially if you’re out on the scene and might expect to feel safe and accepted.”