Even our parents knew we’d be better off abroad

I had mixed feelings about my brother joining me in Melbourne, with his perm and fondness for pints and smokes 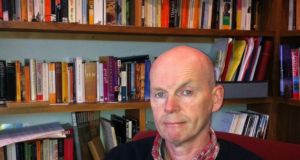 Philip Lynch: ‘It has taken me a long time to realise that after trips back home, especially in those early years, we migrants are often in a silent war with ourselves. Many of us are forever weighing things up and wondering about our lives.’

“Take that bloody fella back with you,” our old man demanded the night before I was heading off again to Melbourne. Even though I’d known he was a pragmatic man, I was still taken aback by his blunt request. The object of his ire, my younger brother, was hanging around at home and slouching about in an oversized black overcoat in all kinds of weather. His relationship with the old man had been in free-fall ever since that day he’d come home from the hairdresser’s in Castlepollard with a perm.

His unremarkable Leaving Cert opened no doors. Odd jobs with neighbours were keeping him in smokes and sly pints at Fitzsimons’ in Finea. Most days he wouldn’t surface until well after midday. He was listing and everyone knew something had to give.

It was the early 1980s, a daunting time for many school-leavers. The likelihood of getting a half-decent job in Ireland was remote, at best. Even our parents must’ve realised we’d be better off abroad. Going was barely discussed. Those were pre-Celtic Tiger days, way before Irish junk food would be elevated to some venerated status amongst the diaspora. Back then, most of us left quietly and often with a smouldering sense of shame. Going was our tacit acknowledgement we weren’t wanted, that we had no future in Ireland.

The old man had his way, and one rainy Saturday morning, several months later, I was heading out to Melbourne Airport to pick up the banished brother. I had mixed feelings about him joining me in Melbourne. We were never close. But he was my brother and I was already feeling the impending burden of responsibility.

The arrivals board indicated that he’d landed but there was no sign of him anywhere. It was an inauspicious start. Jesus wept, I swore to myself as I marched up and down the escalators with increasing impatience. I eventually found him sprawled across several chairs and fast asleep with his overcoat rolled into an improvised pillow. Luckily no one had nicked his luggage, a holdall which was still on the floor beside him.

I was worried. Older siblings always worry. At the time Melbourne’s economy was sluggish. The brother had no qualifications. Jobs were scarce. Australia has had its ups and downs. It isn’t always beer, barbeques and sunshine here.

Eventually he got a start as a storeman in a warehouse, and he was off early every morning on the bus. In the evenings we heated up a lot of instant pasta, the occasional burnt chop and steak. Take-away pizzas and souvlakis were also a staple.

Before too long he had a place of his own. Within two years, he had enough saved for a trip home. And to my surprise, he came back a few weeks later. I’d peppered him with questions when he’d dropped over one afternoon. I was eager for any first-hand news as I could never glean much from Ma’s aerograms.

By then I’d moved to another flat. I was working part-time and studying. It was easier to enrol in university in Melbourne. And although the rent was manageable, the flat had its drawbacks. We’d sat in the tiny lounge room with its threadbare carpet and fusty op-shop armchairs, getting through our mugs of instant coffee. The glare of the late afternoon sun was on our faces. Down in the ground floor flat, the army couple were at each other’s throats, again, and their kids were crying. It wasn’t good.

I asked him one question too many that afternoon. It has taken me a long time to realise that after trips back home, especially in those early years, we migrants are often in a silent war with ourselves. Many of us are forever weighing things up and wondering about our lives. It’s almost as if our worlds are colliding. And after a trip home, it takes time to get going again.

We’d ended up slumping back in those awful armchairs and listening to Jackson Browne’s Running on Empty. It was the early 80s after all. When the last track ended and the stylus was making its presence felt on the vinyl, the brother abruptly stood up, grabbed his car keys, and he was out the door. After that afternoon, we maintained an uneasy and unspoken agreement that we’d deal with our homesickness in our own way.

Three decades on this brother is still thriving in Melbourne. He has worked for years as a registered nurse and more recently as an ambulance officer - or an ambo to use the local lingo. Lately he has flirted with the notion of buying an old farmhouse, near where we were reared in Westmeath. But it remains just that - a notion. It’s probably not just about real estate.

The brother’s days of chain-smoking and oversized overcoats are some sort of distant aberration. The option of a perm has long since ceased to be a possibility. He’s now more inclined to make mention of his burgeoning superannuation or his fluctuating golf handicap.

Our old man would’ve watched the brother’s Australian trajectory with bittersweet vindication and relief; no doubt it’s a sentiment shared by the parents of many migrants. Often, after we leave, we seem destined to only ever visit again.

None of us were surprised, when the old man’s days were almost done, that it was this brother who willingly took an extended break to head back home and help with the heavy lifting. They had long since reached a lasting rapprochement.

Perhaps, deep down, he knows the old man had made the right call.